The Other, the Same, An Interview by the Third Coast Festival 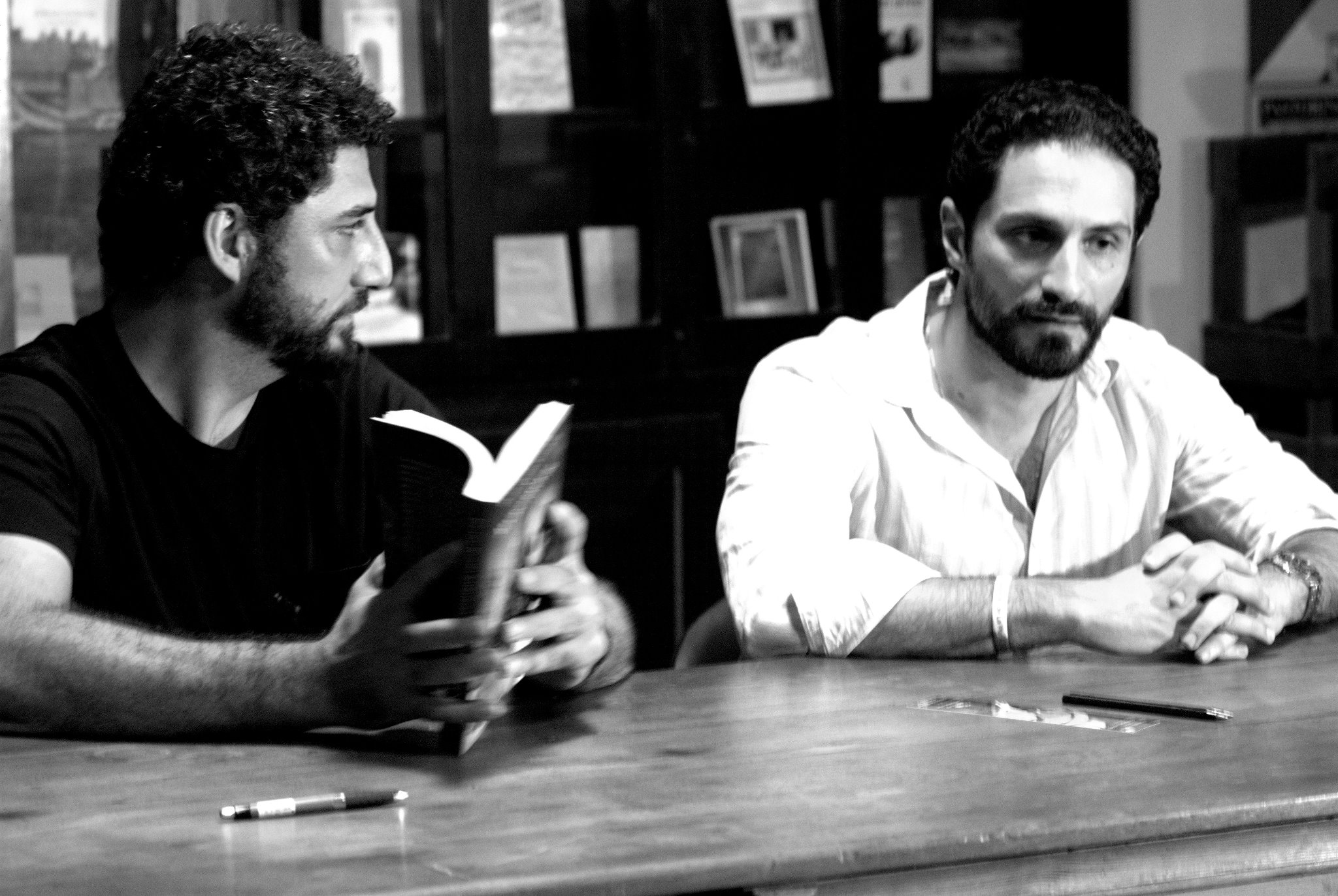 The Other, the Same, An Interview by the Third Coast Festival

“All of us have someone out there who has our exact same name”. So begins “The Other, the Same,” the fascinating story produced by Camila Segura for our second episode: Names. Although we all share our name with someone, not all of us have parallel lives, physical resemblances and a strong friendship.

How do you write a good script for radio with a story as visual as the Eduardos? What are Radio Ambulante’s goals for the future? Martina Castro and Camila Segura answered this and other questions in an interview with the Third Coast International Audio Festival announced on its website as a featured story.

This year, Radio Ambulante will be part of the Third Coast Conference where we will host a Gather Round session to present the project in Chicago. 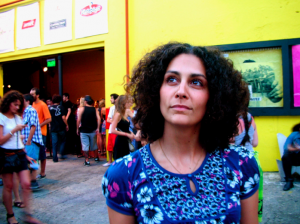 What kinds of stories are you focusing on, and where are you finding these stories?

MC: We want to tell compelling, sound-rich, stories that get to the heart of how diverse the Latin American experience really is (by the way, we include the U.S. in that region – 50 million+ Spanish-speakers here makes it an honorary member!). They can be in-depth reports that take you to a time and place through sound and narrative storytelling. They can also be deeply personal, stories from all along the spectrum of what it means to suffer from the human condition. In that way we hope to highlight not only what makes us different from one another, but also what unites us. We are also trying to include a piece of fiction in each of our episodes to highlight the work of many of Latin America’s brightest and most creative writers.

To find these stories, we put out a call for pitches twice a year, and we get the word out about it among our network of collaborators across the continent using Twitter and Facebook.

Our magazine partners also refer stories to us, so we can produce the audio version of a written story. And we’re in conversations with a couple of investigative reporting organizations in the U.S. and Perú to do the same.

What’s unique to RA, as a Spanish language radio project (besides the obvious, the Spanish)?

MC: We don’t know of any other show that’s producing stories of this caliber in Spanish for such a wide audience. But beyond the show, we are holding training sessions across Latin America, spreading the word about this style of culturally-relevant, intellectually stimulating, and artistic storytelling. So as we continue to get the word out about our project and hold these sessions, as well as giving talks in journalism classes and literary festivals, we’re getting on radio stations and finding podcast listeners online, and in essence creating the audience for this kind of content.

Who is your primary audience?

MC: Being a podcast means our target audience — very broadly — lives anywhere Spanish is spoken. Since we’ve gotten hits from over 80 countries, that is a very large range, but that’s where we are starting. Also, as I said earlier, we are creating the audience for this content as we go along.

We hope it will be people who are hungry for this kind of entertaining and informative storytelling on the radio, but also we are finding Spanish learners and Spanish teachers are very interested in using Radio Ambulante stories in their classrooms due to the variety of accents and diversity of the content. For now, the show is only available by podcast, but we are already hearing from stations from all over Latin America – Perú, Colombia, Mexico, Costa Rica, Panamá, Argentina, Nicaragua, and the United States that want to air either segments of the show or entire episodes in the coming months.

What are are RA’s goals for the future?

MC: There’s no doubt about it — we have very ambitious goals for Radio Ambulante. In the near future, we’d at least like to get funding to pay ourselves and to add more editors and producers to our staff in order to make a full season, with monthly episodes, for next year. But our loftier mission is to create a hunger and demand for creative radio storytelling in Latin America, while at the same time, diversifying the stories you hear about Latinos here in the United States. We think it’s possible to do both. And along the way, create a network of journalists and exchange of radio storytelling expertise that will start a dialogue between professionals across national borders in a way that has never been done before.

We also plan to stay true to the digital platform of our show, and to develop more sophisticated ways to use digital media in order to keep that community growing. For sure, we still definitely need and plan to get on terrestrial radio, but the influence and connectivity online and on cell phones is growing at such a rapid rate in Latin America, that it’s definitely central to our mission to find ways to keep engaging that audience. 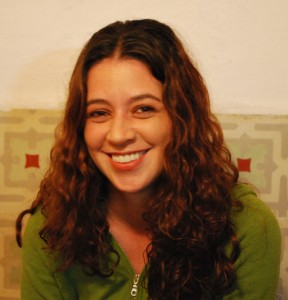 How did you stumble upon the story of these “brothers”?

CS: I went to high school with Eduardo Bechara Navratilova (the Colombian one) so I was already friends with him on Facebook. He posted a couple of things about their book tour and interviews done by the Colombian media with both Eduardos. I was intrigued and followed their story relatively closely. Carolina Guerrero, Radio Ambulante’s executive director, had also read about them, and when we were putting together our episode on NAMES, she encouraged me to take this on as my first piece. I jumped at the chance, and the more I dove into it, the more intriguing it was.

The Eduardos’ story is such a visually interesting one, given their resemblance. How did you think about this challenge in bringing their story to an audio format?

CS: This was definitely something I had in mind as I prepared the interview questions. I asked Astrid (the Argentine Eduardo’s sister) to describe them physically and talk about their similarities and differences. And I also asked each of the Eduardos to describe themselves, and the other one. I really wanted to know how the other Eduardo reminded them of themselves. There’s a line I really like from the interview that came out of this line of questions, a moment where the Colombian Eduardo says, “Oh, so I guess this is what people see when they see me.” It’s such a small, intimate moment of self-awareness, and I think by hearing this statement in his voice, you really get a sense of the unlikely and surprising resemblance between these two men. It’s shocking, and revelatory, even to them.

You choose not to reveal the results of the DNA test IN the piece, but as an afterword. Why?

CS: For me, the DNA test was not really about the results. It was about the press, which was unable to accept the relationship between these two men for what it was. Certainly, they were responsible, or at least complicit in this, but the DNA test becomes the culmination of a sensationalist frenzy about the “brothers” that says more about the media than it does about the Eduardos. As I see it, family is a very fluid concept, and a positive or negative answer to the DNA test is only part of the story. Also, we wanted to avoid an either/or ending, and employed a little narrative sleight of hand to shift the focus elsewhere. 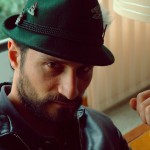 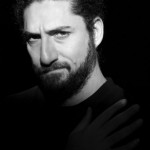 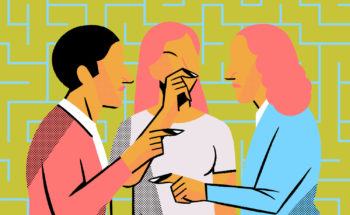 In Costa Rica, addresses are, well… complicated. Why don’t many of 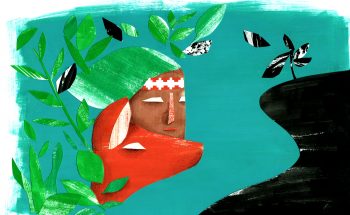 In the 1990s, Chile confronts a slew of energy shortages. 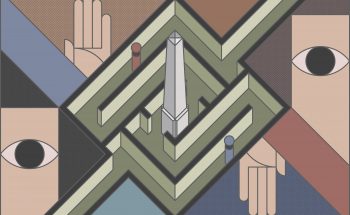 Mario knew his family had secrets. Mario began to wonder about