May God Help Us

For nearly a decade, Radio Ambulante has covered Latin America, with stories that are moving, funny and surprising, and which showcase the region in all its diversity and complexity.

With over 200 episodes produced from more than 20 countries, Radio Ambulante is Latin America’s most ambitious narrative journalism podcast. Distributed by NPR, Radio Ambulante offers a sonic portrait of the region and everywhere Spanish is spoken. We work with a talented community of radio producers, journalists and illustrators to tell stories that go unreported by other outlets. Radio Ambulante covers Latin American life with stories of love and migration, youth and politics, environment and families in extraordinary circumstances.

Radio Ambulante has been recognized with several journalism awards, including:

In 2020, Radio Ambulante evolved into a podcast production company en launched the weekly show El hilo, a weekly news podcast, providing context and depth to the most important news stories from Latin America.

Radio Ambulante Studios not only reports and produces great stories; we have worked just as hard to build a community around our journalism, creating innovative opportunities for our audience to connect with our work and with one another. A good example of this is our successful Clubes de Escucha initiative, which brings listeners from dozens of cities around the world together to listen to our episodes in person, sparking conversations around the stories. Another is Lupa, our language learning app, which helps intermediate Spanish learners push their skills to the next level, transforming our journalism into an effective tool to acquire vocabulary, grammar and sharpen listening.

Radio Ambulante is also supported by listeners throughout its membership program, Deambulantes.

A podcast is an audio file that you can listen to or download to your computer, tablet or phone whenever you want to. When you subscribe to a podcast, its episodes will automatically be available on your device when they’re published, prompting a notification from your chosen app (in our case, that’s every Tuesday of the season). Radio Ambulante is completely free. 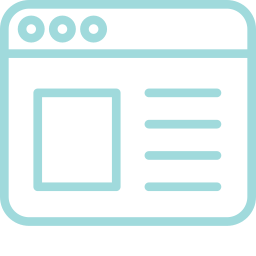 You can listen to our episodes directly from this website or from NPR’s. 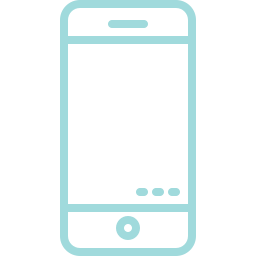 Find us on applications like Apple Podcasts, Spotify, Google Podcasts or NPR One. 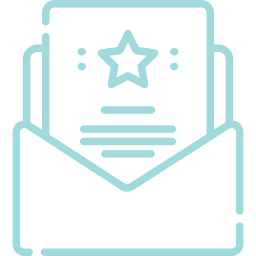 Subscribe to our newsletter, and our episodes will arrive directly to your inbox. 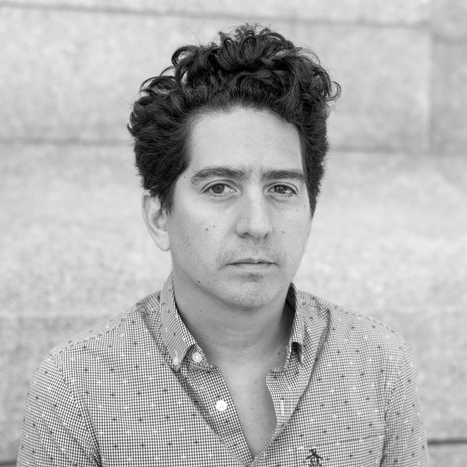 Daniel Alarcón, host of Radio Ambulante, covers Latin America for The New Yorker. He’s the author of four books of fiction, including “The King is Always Above the People,” 2017 finalist for the National Book Award. He teaches at the Columbia University School of Journalism in New York. 2021 MacArthur Fellow. 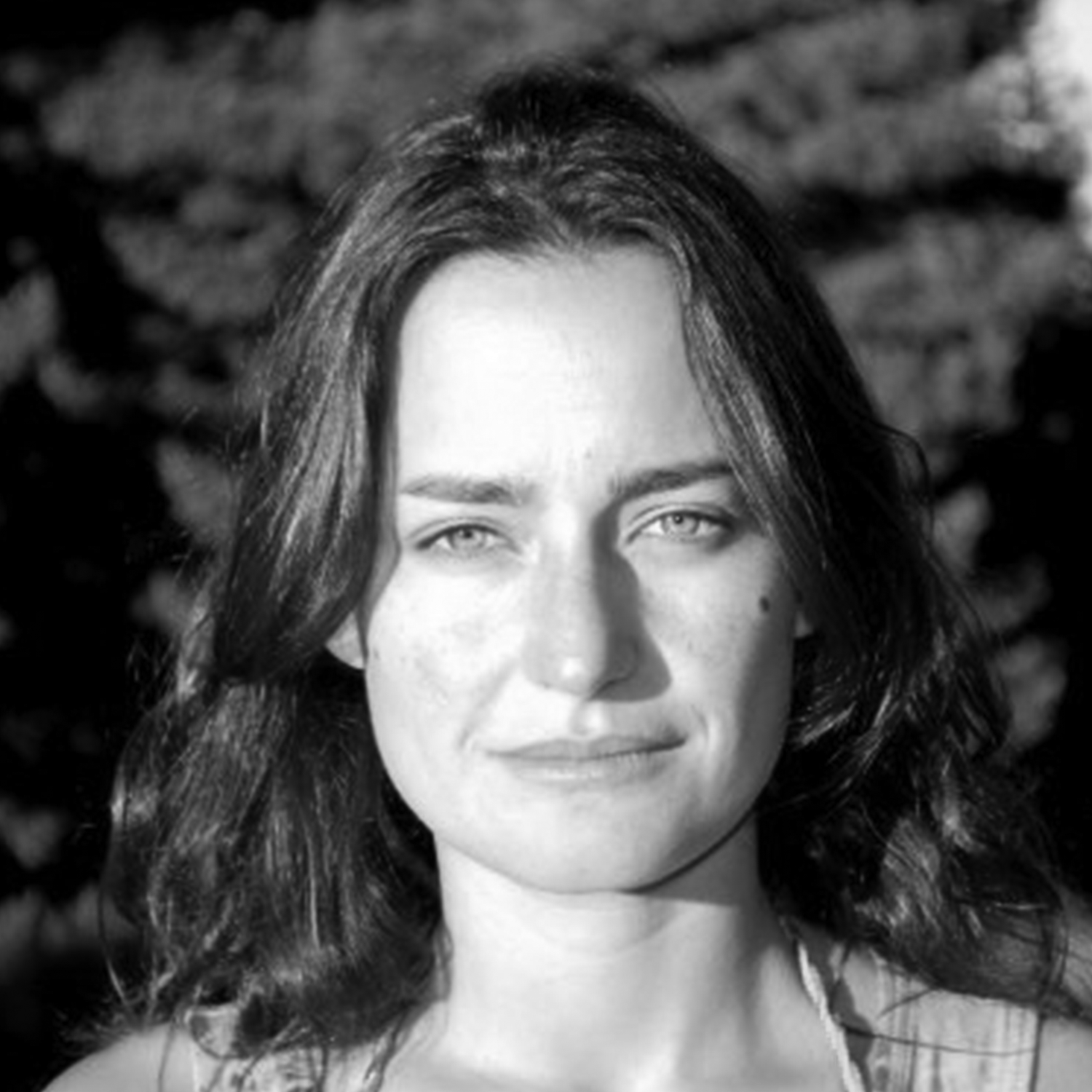 Carolina Guerrero is a media entrepreneur. She was a JSK Journalism Fellow at Stanford University. She lives in New York. 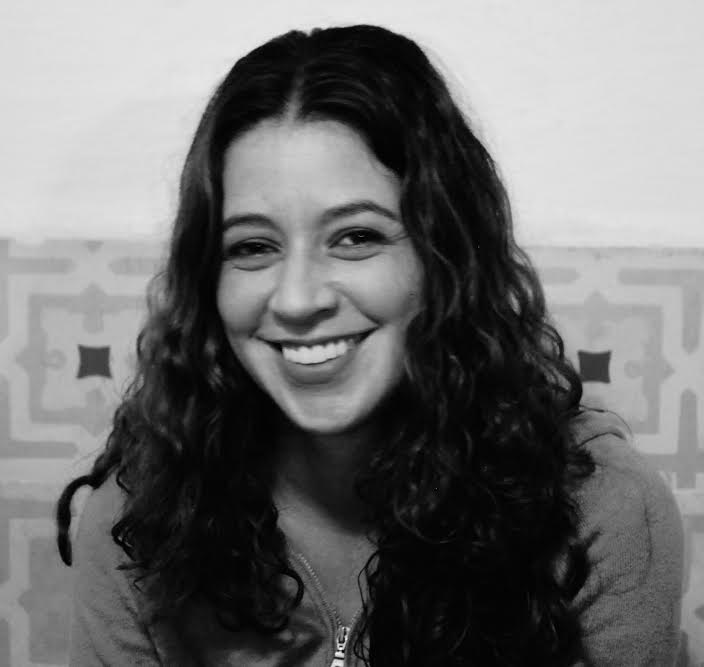 Camila has a PhD from Columbia University, since 2012 she has overseen the production of every season. She has reported more than 15 stories and has edited more than 180. She lives in Bogotá. 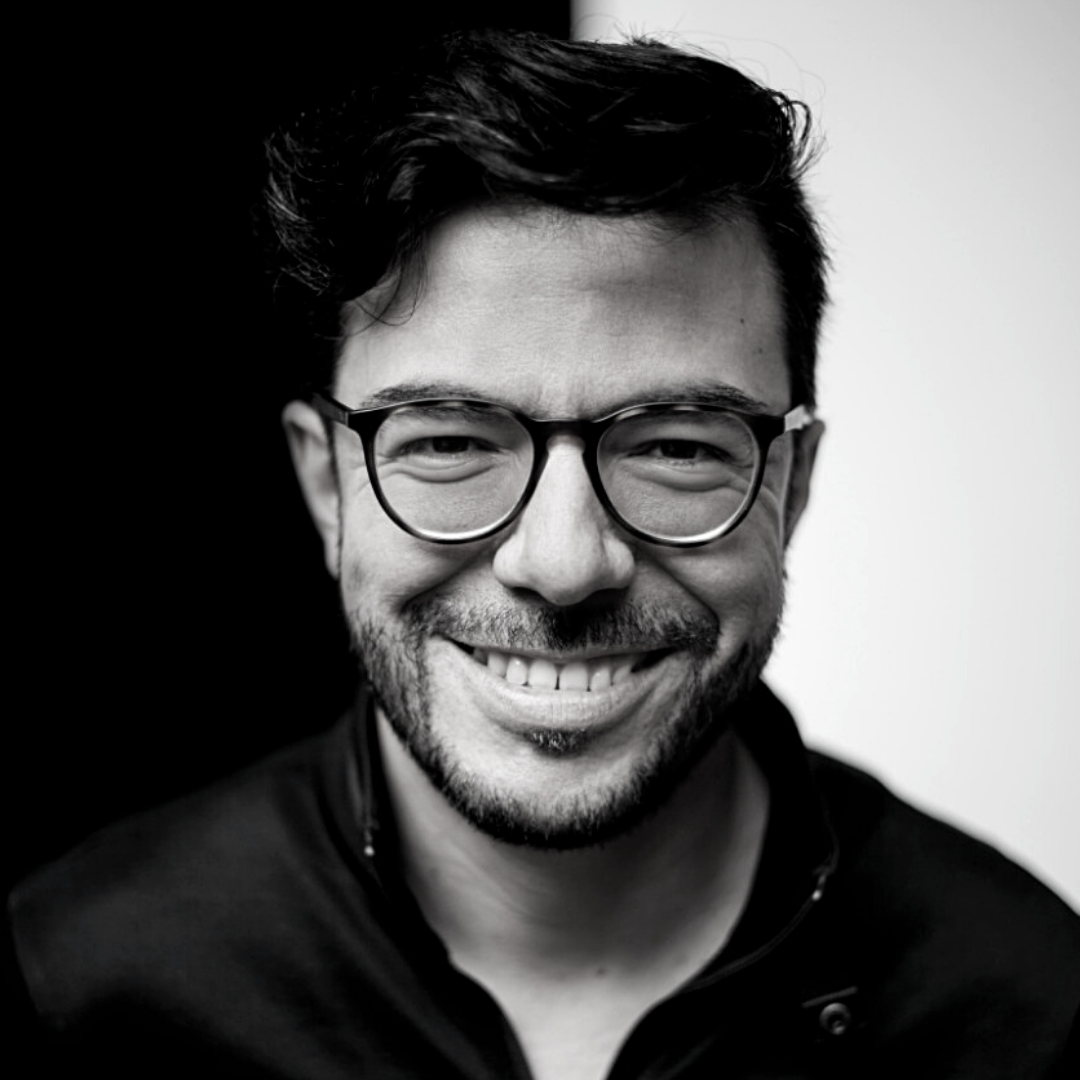 Head of Operations and Strategy

Colombian journalist and publisher with over sixteen years’ experience in media and cultural organizations. He has developed creative, advocacy-driven initiatives, as well as transmedia content and reporting projects. 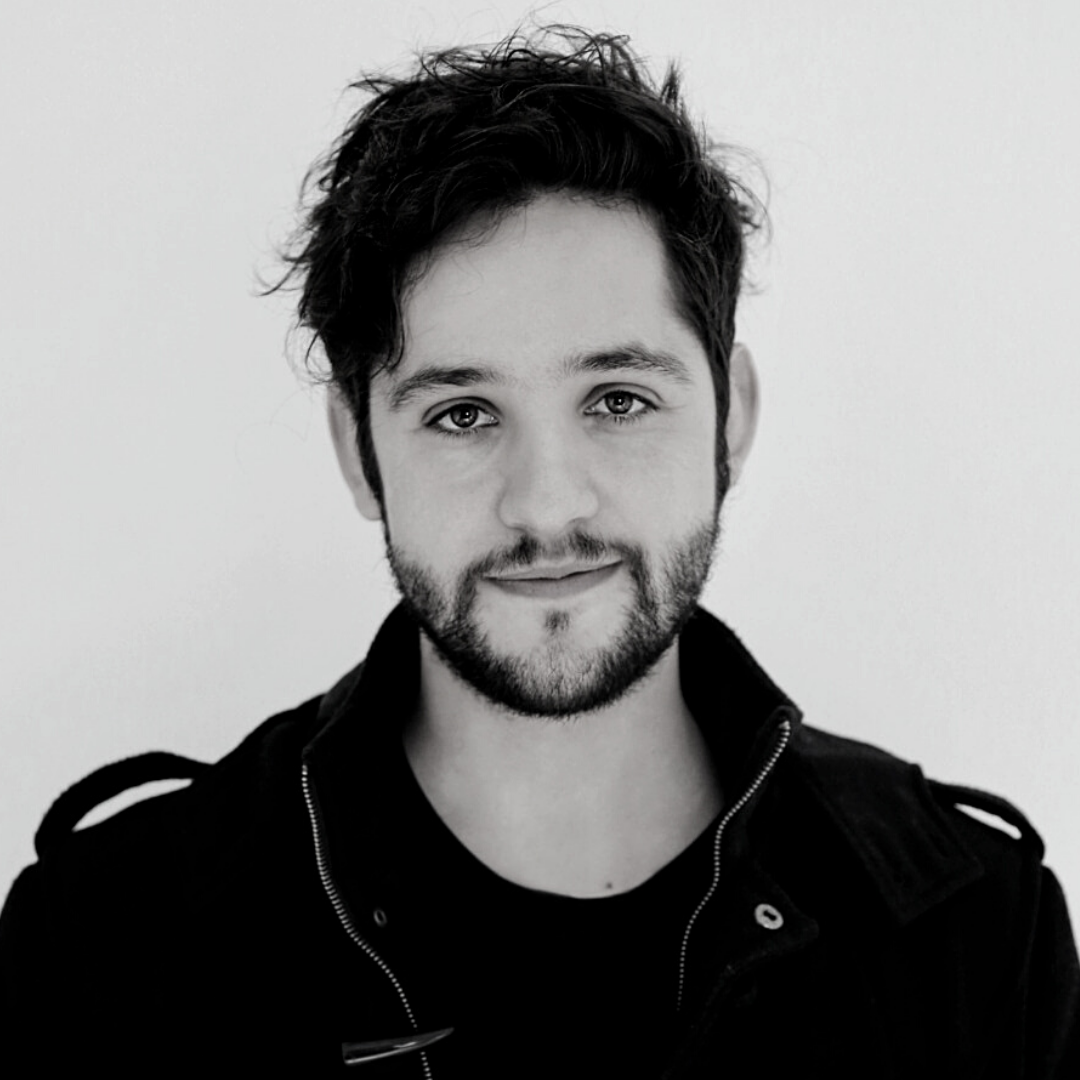 Journalist, book editor, and professor of narrative journalism. Born in Argentina, he has lived most of his life in Chile and a little while in Uruguay. Author of a book of Scientific Chronicles. He uses his spare time to stalk Polonio, his tabby cat. 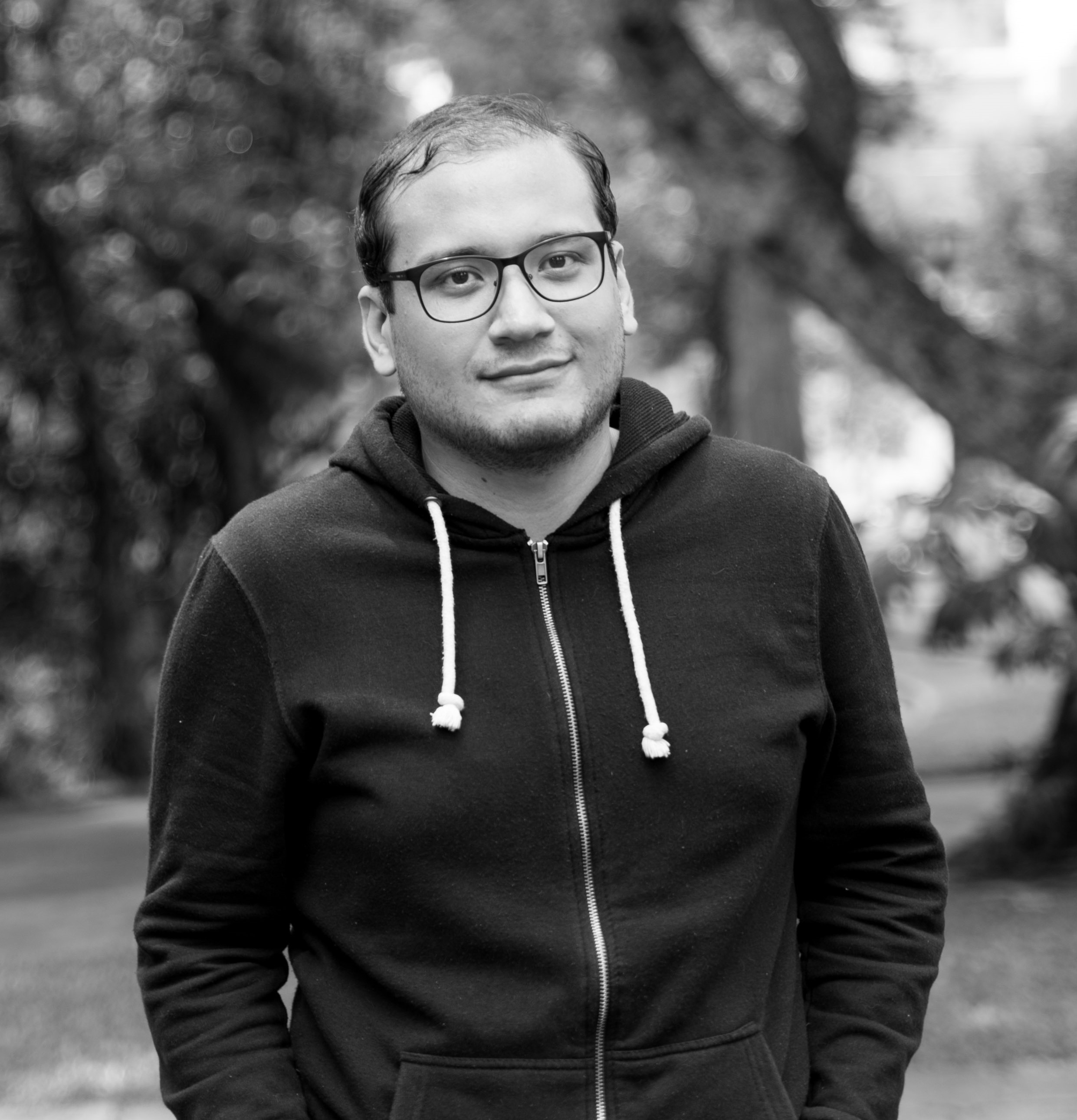 Costa Rican Journalist. He worked in printed media, covering culture in his country. He had his start on audio journalism with Radio Ambulante. Mental health is his favorite subject. He has two cats, or they have him. He is not sure. 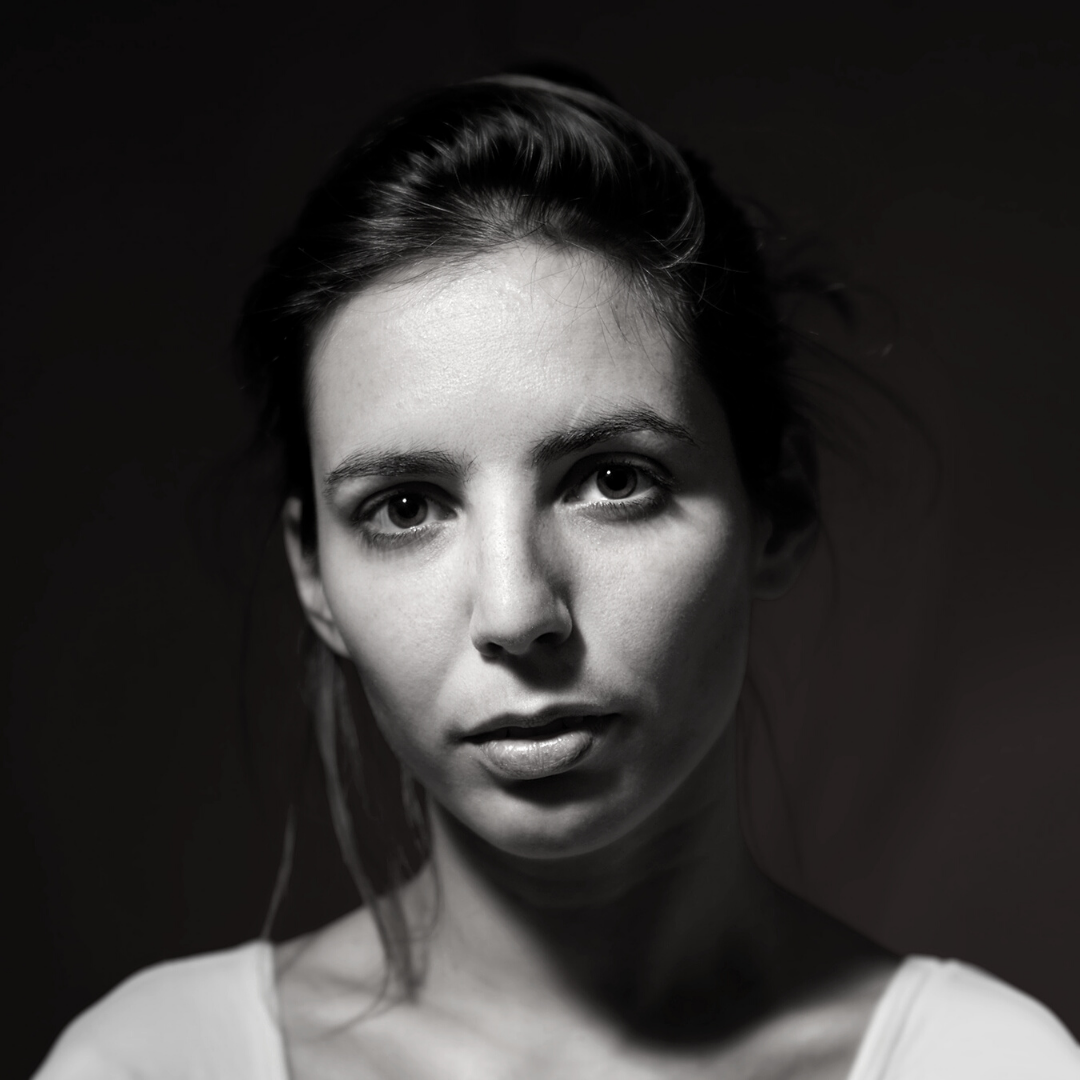 Uruguayan journalist who combines writing and visuals to tell stories. She is an avid consumer of everything that excites, surprises and challenges her. An ambassador of mate tea and the versatility of the Uruguayan expression “ta”. 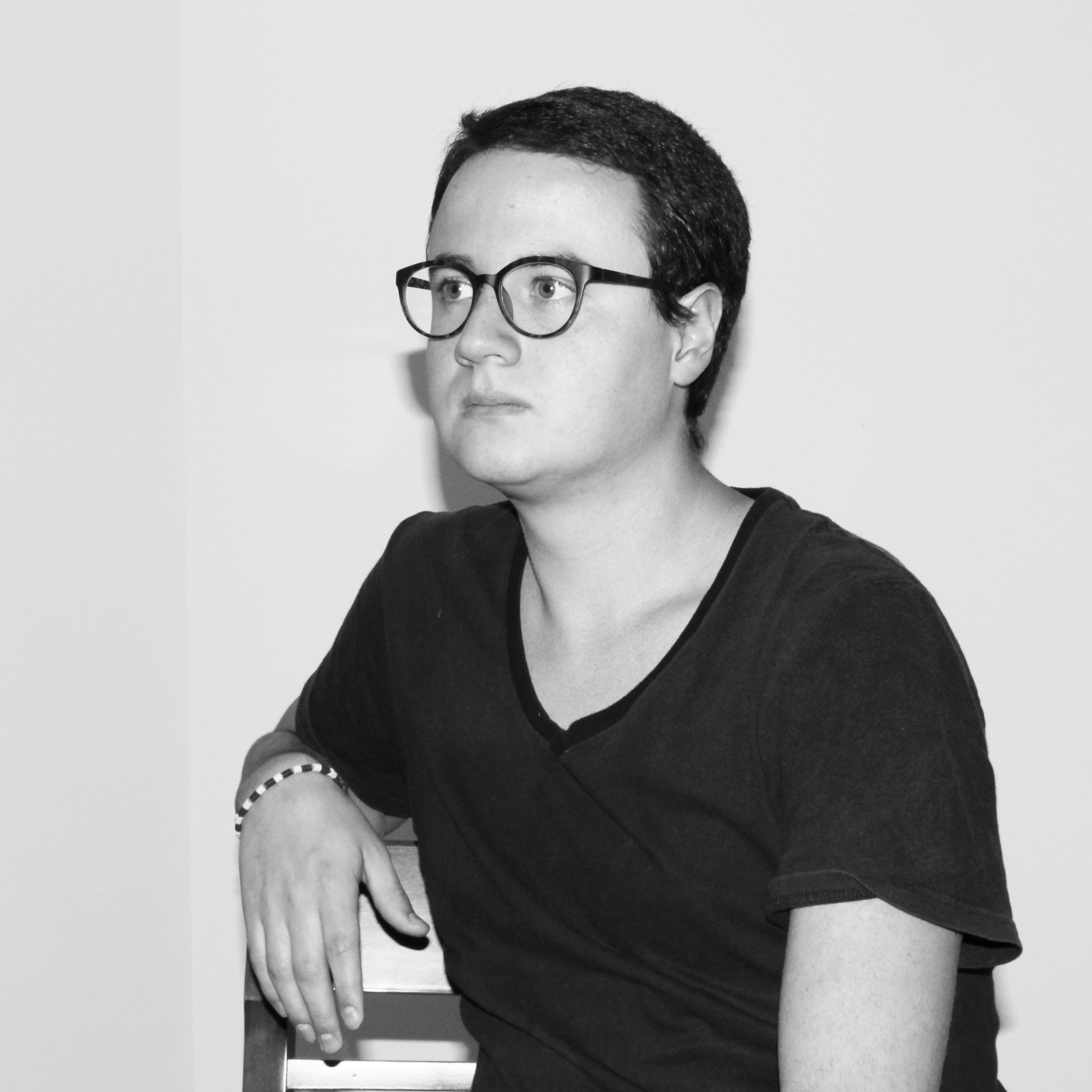 He feared radio, but eventually allowed himself to be captivated by it. He’s a journalist because he loves asking questions and listening to answers. He lives in Bogota. 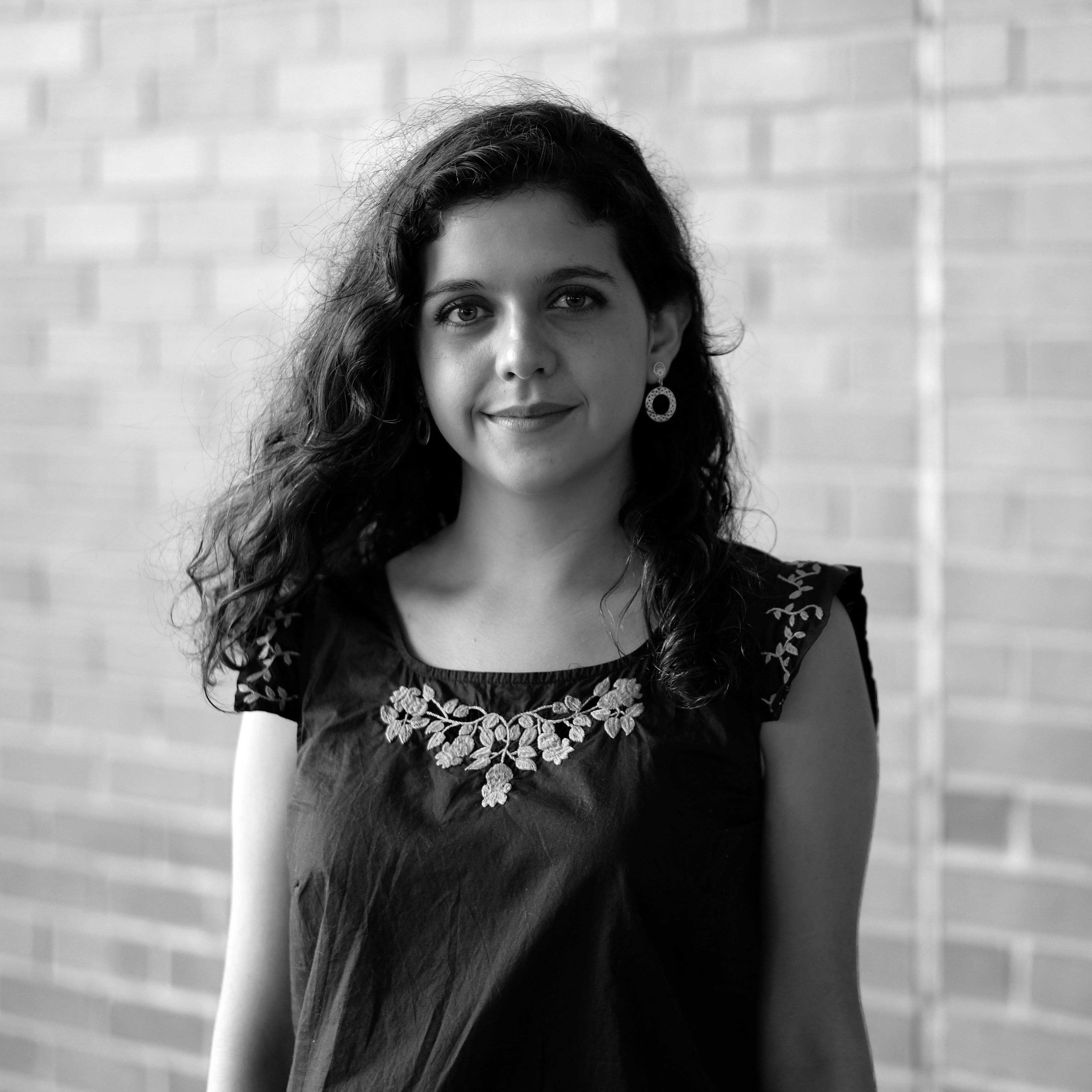 Ecuadorian journalist living in Quito. She studied investigative journalism at Columbia University. She has written about gender violence, feminism and human rights. 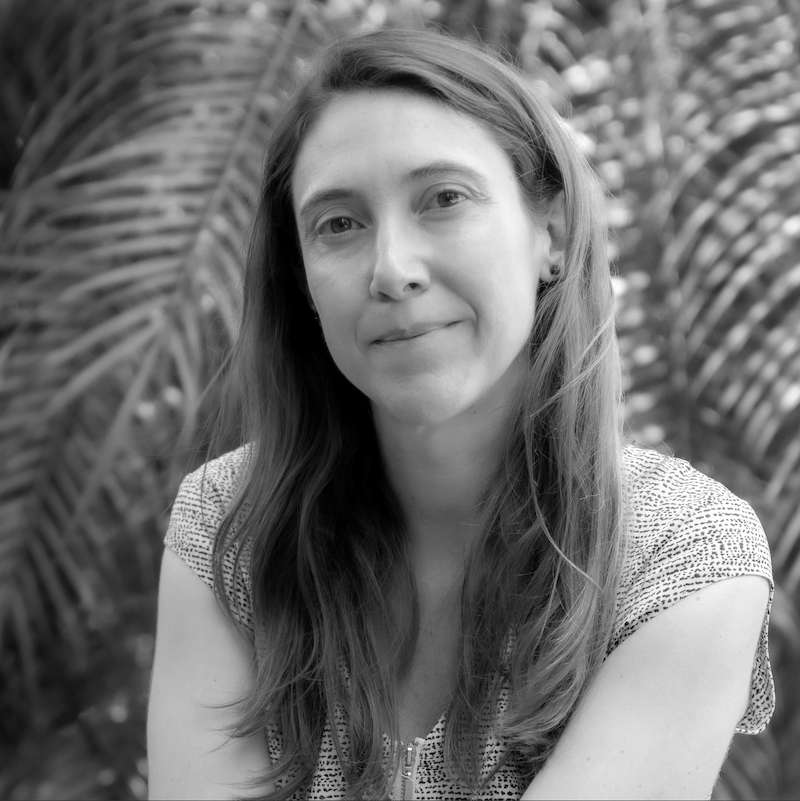 Aneris is a journalist and lives in Buenos Aires, Argentina. She has published in newspapers and magazines and has produced news on TV. She started doing radio with Radio Ambulante and she’s in love with it. 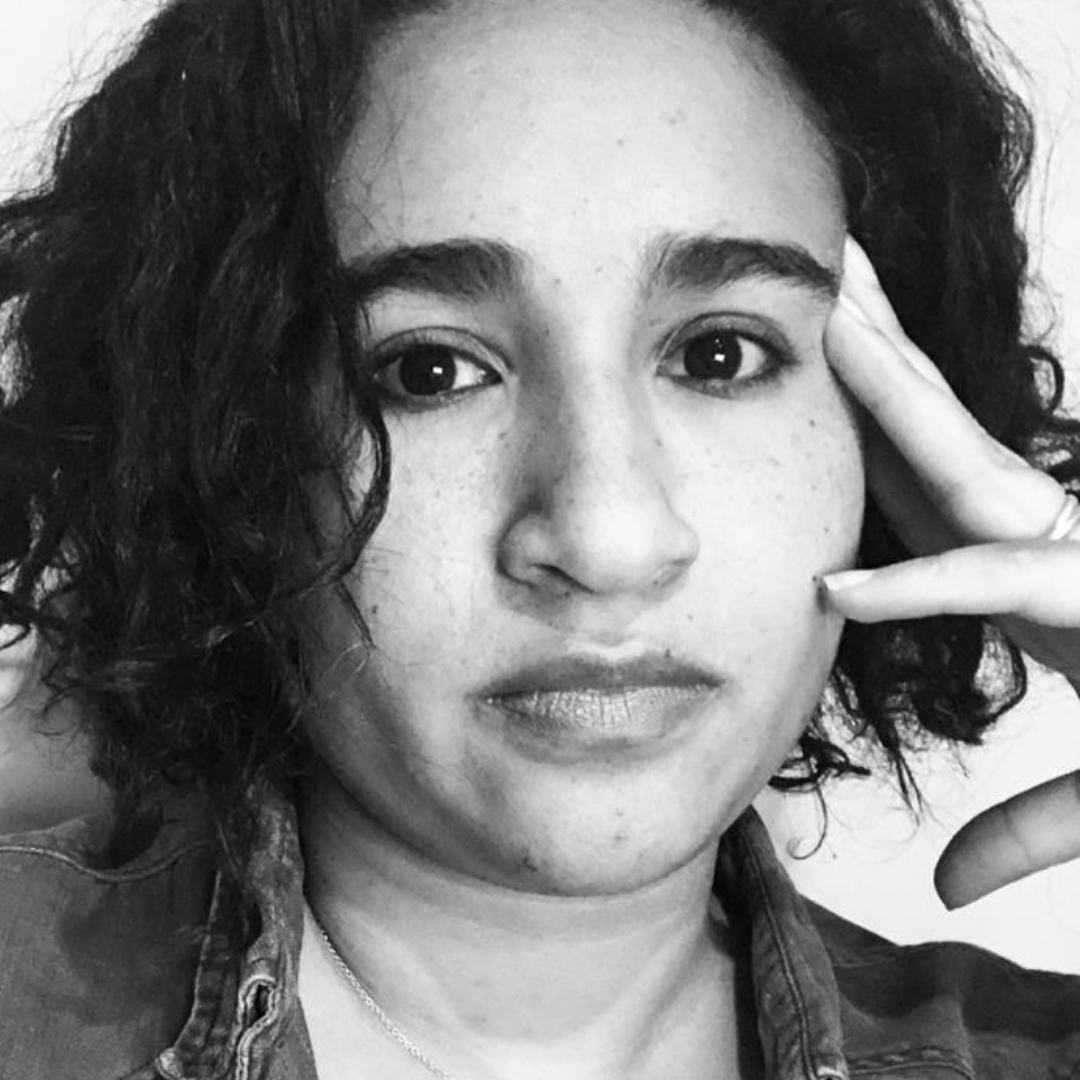 Always dreamed of being a journalist. She’s Ecuadorian and lives in Quito. She was a fellow for ICFJ and Agencia Pública. She covered the Rio 2016 Olympics through the voices of Brazil’s trans women and men… she believes in journalism that takes you out of your comfort zone. 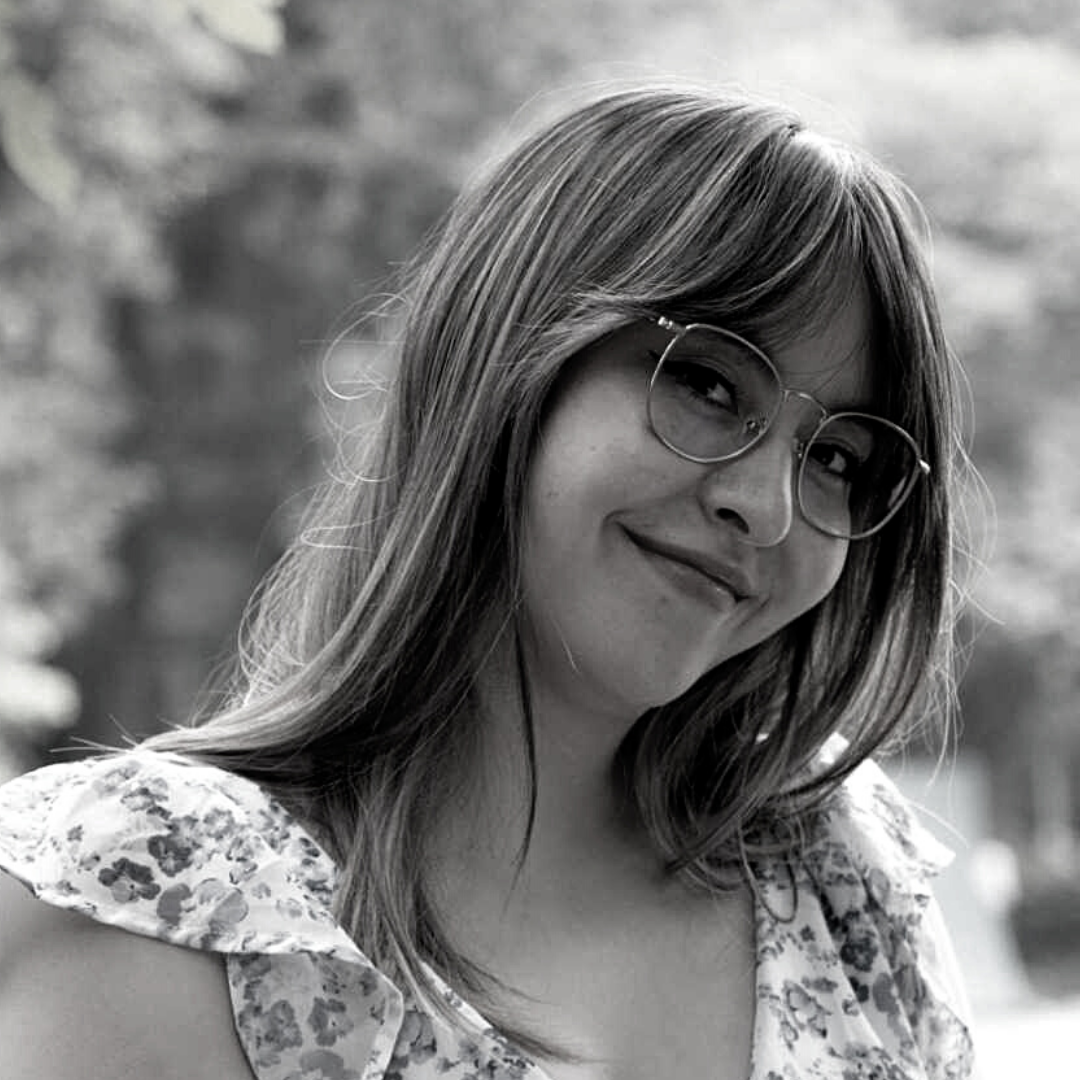 Journalism graduate. Feminism, narrative and photography are her happy place. She likes to draw and go dancing in Mexico city where she currently lives. 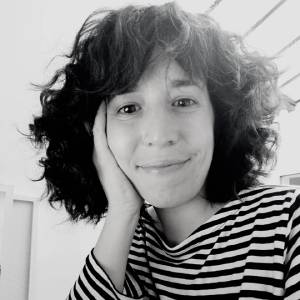 Born in Bahia Blanca, she has lived in Buenos Aires for many years. Freelance journalist, she makes a living from writing. She grew up in a radio studio keeping company and listening to her dad, but she got her start in audio through a different path. She likes reading, walking, bathing in the ocean and studying German. 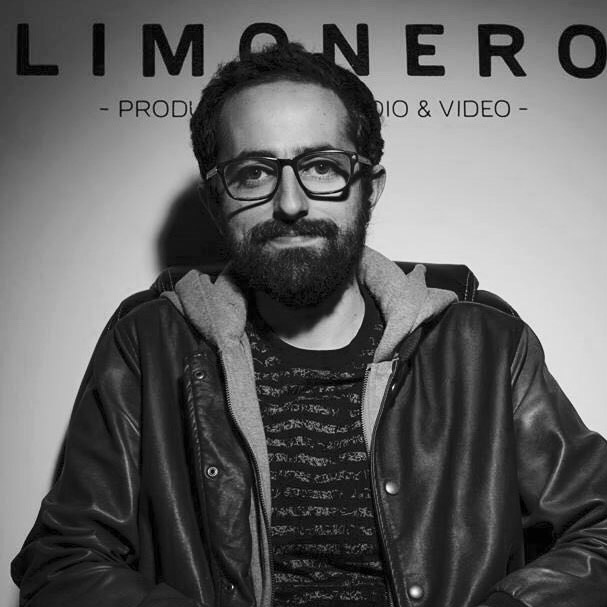 Guitarist since age 17, audio nerd since age 21, composer and sound designer at Radio Ambulante since 2016. 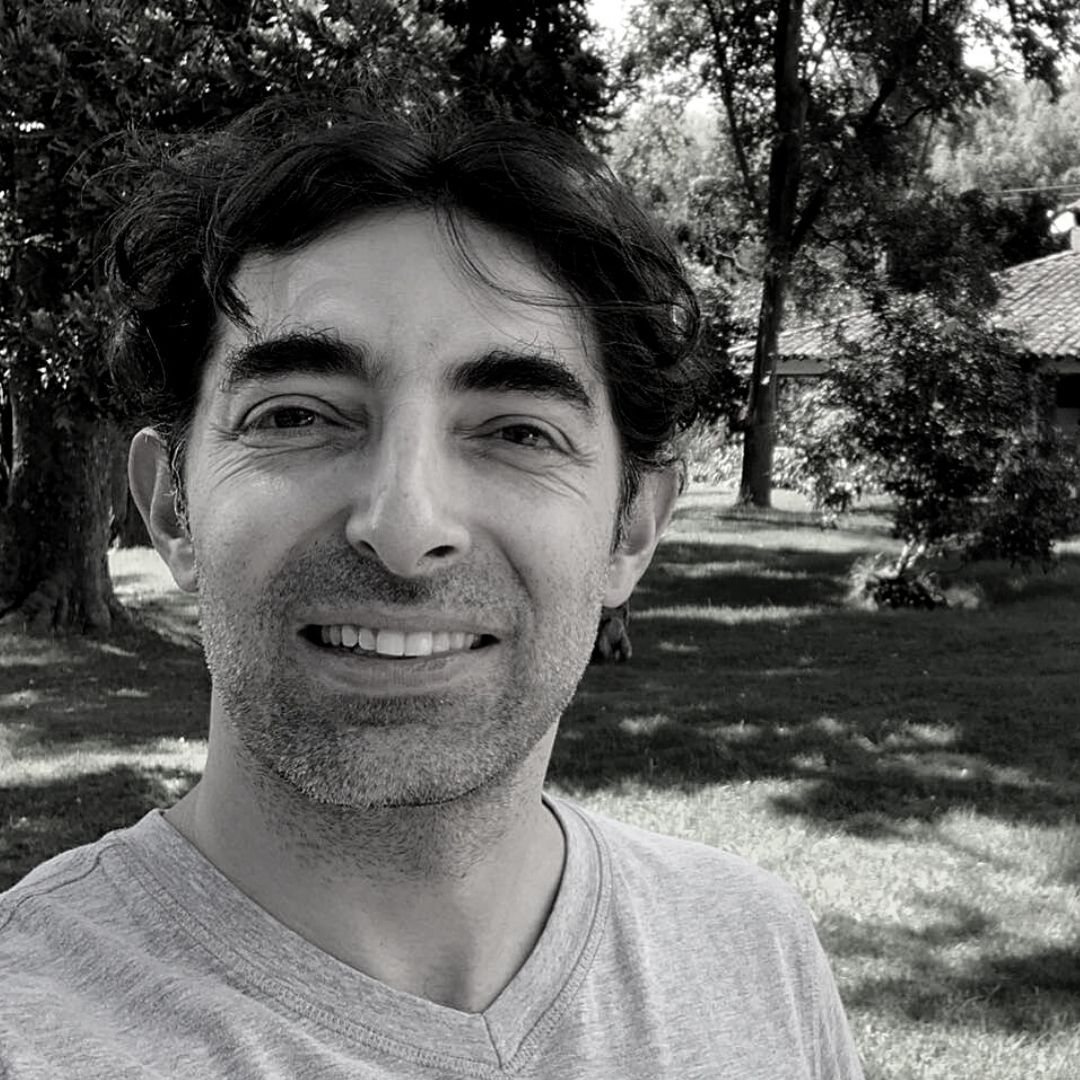 Born in Colombia. Professional artist and polyglot. He studied at the School of the Museum of Fine Arts in Boston and TUFTS University. He has worked since 1995 with MC Editorial, Inc., an editorial owned by his mother. He lives in Boston and Bogotá, cities where he exhibits his work. 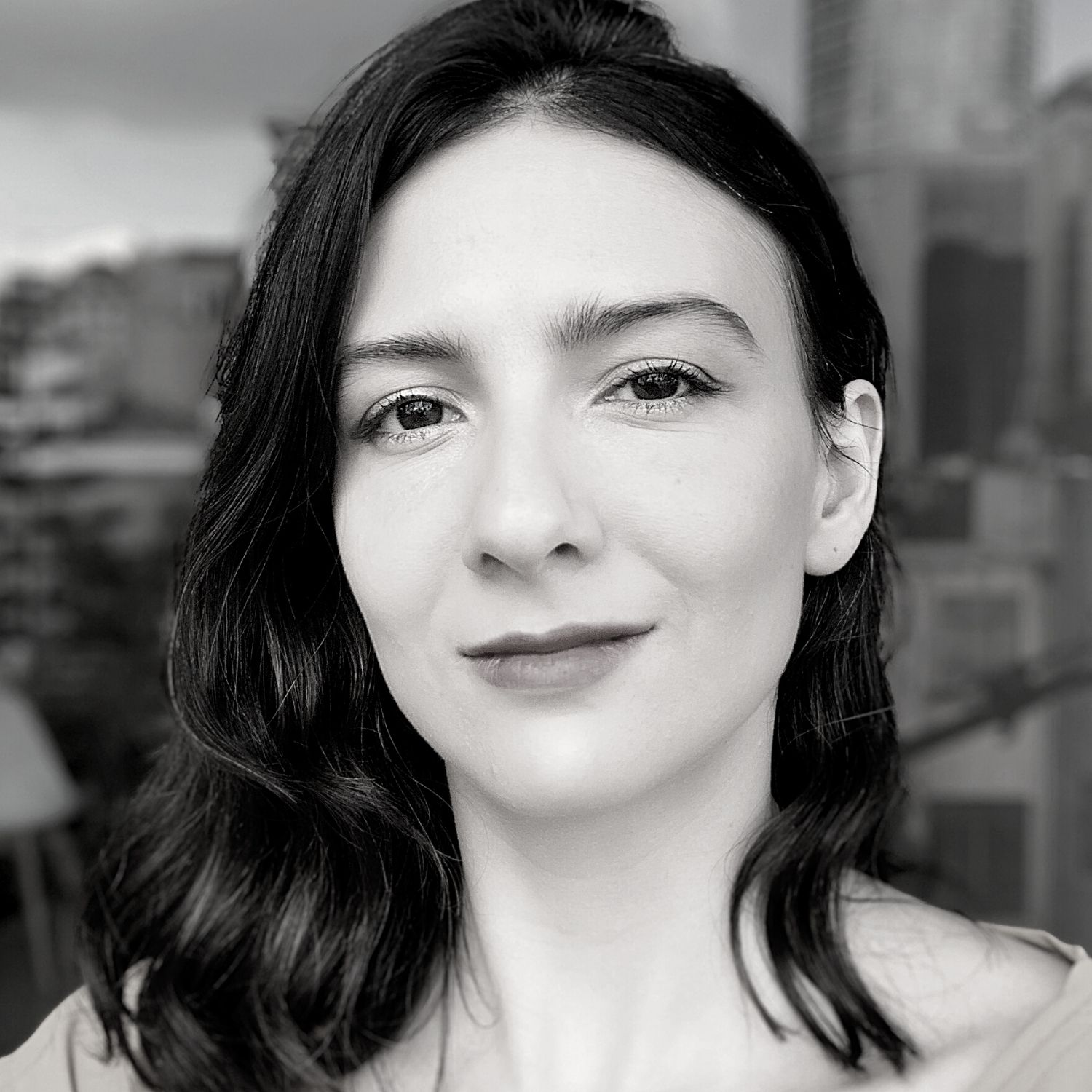 Data-analytics nerd and financial analyst. Passionate hiker who is very proud of her garden — visited by the most intrepid hummingbirds of Mexico City (she has a cat). She loves the brilliance in life and the versatility of its characters. She majored in Graphic Design and loves animals. 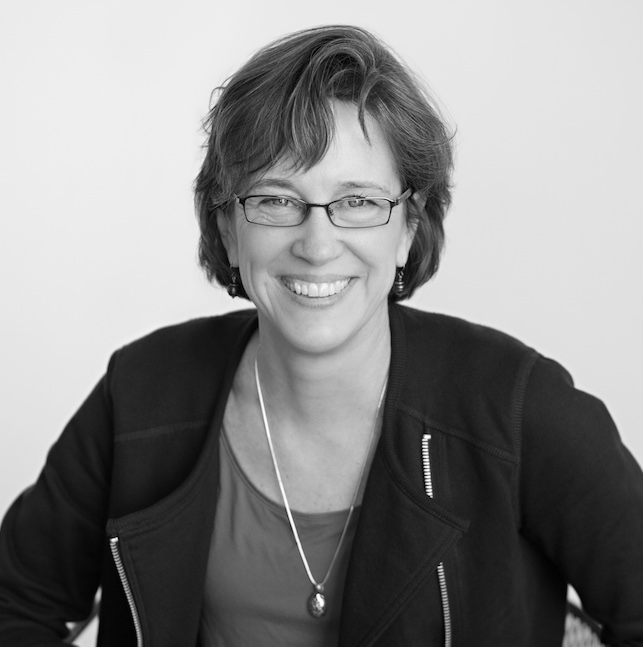 Barbara loves teaching Spanish and loves Radio Ambulante. She is eager to find teachers who feel the same way! When time allows, she writes about her teaching practice here. She is a communicator and  has been dedicated to Spanish podcast creation for years. She launched her first show in 2013 and since then she has devoted herself to boosting the growth of independent Latin American podcasts. 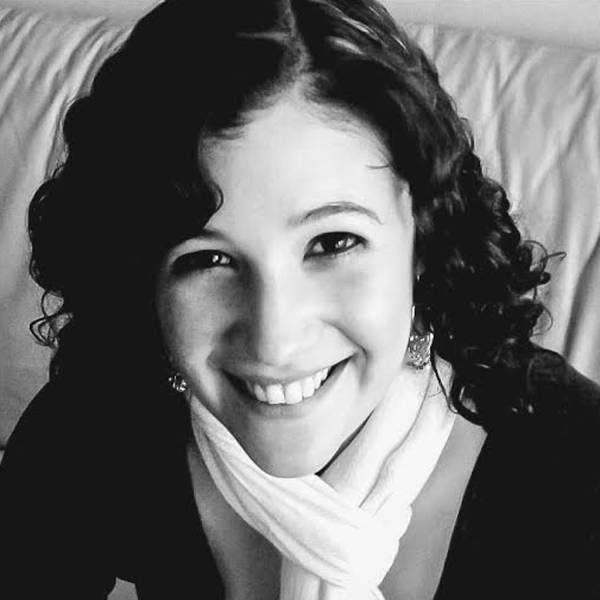 Silvia Viñas is a journalist and has been editing and producing stories in Radio Ambulante since 2013. She lives in London with her husband and her kids, Elisa and Santiago. 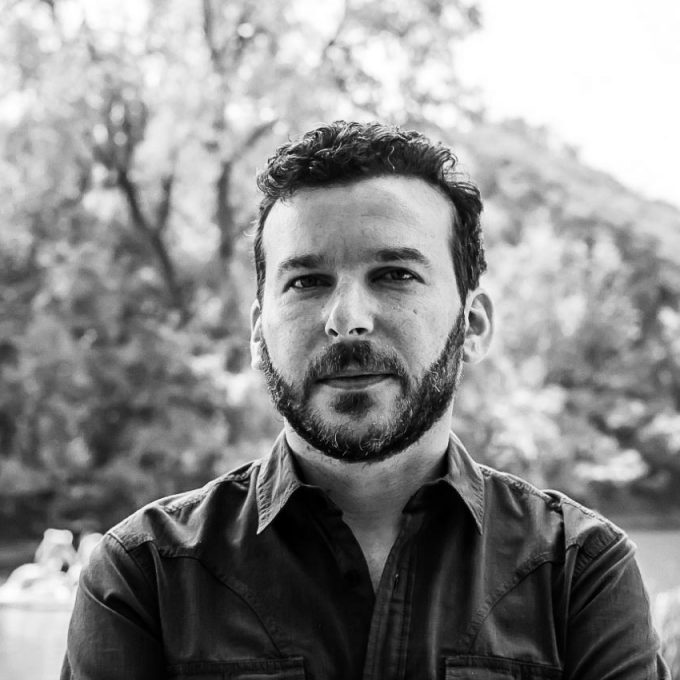 Editor, journalist and has a technical degree in electromechanics. He’s the special projects editor for El País America. He was the editorial director for The New York Times en Español and the editor of Etiqueta Negra. He’s a professor for the Master of Journalism and Public Policies at Cide, in Mexico city, where he currently lives.
@ebudasoff 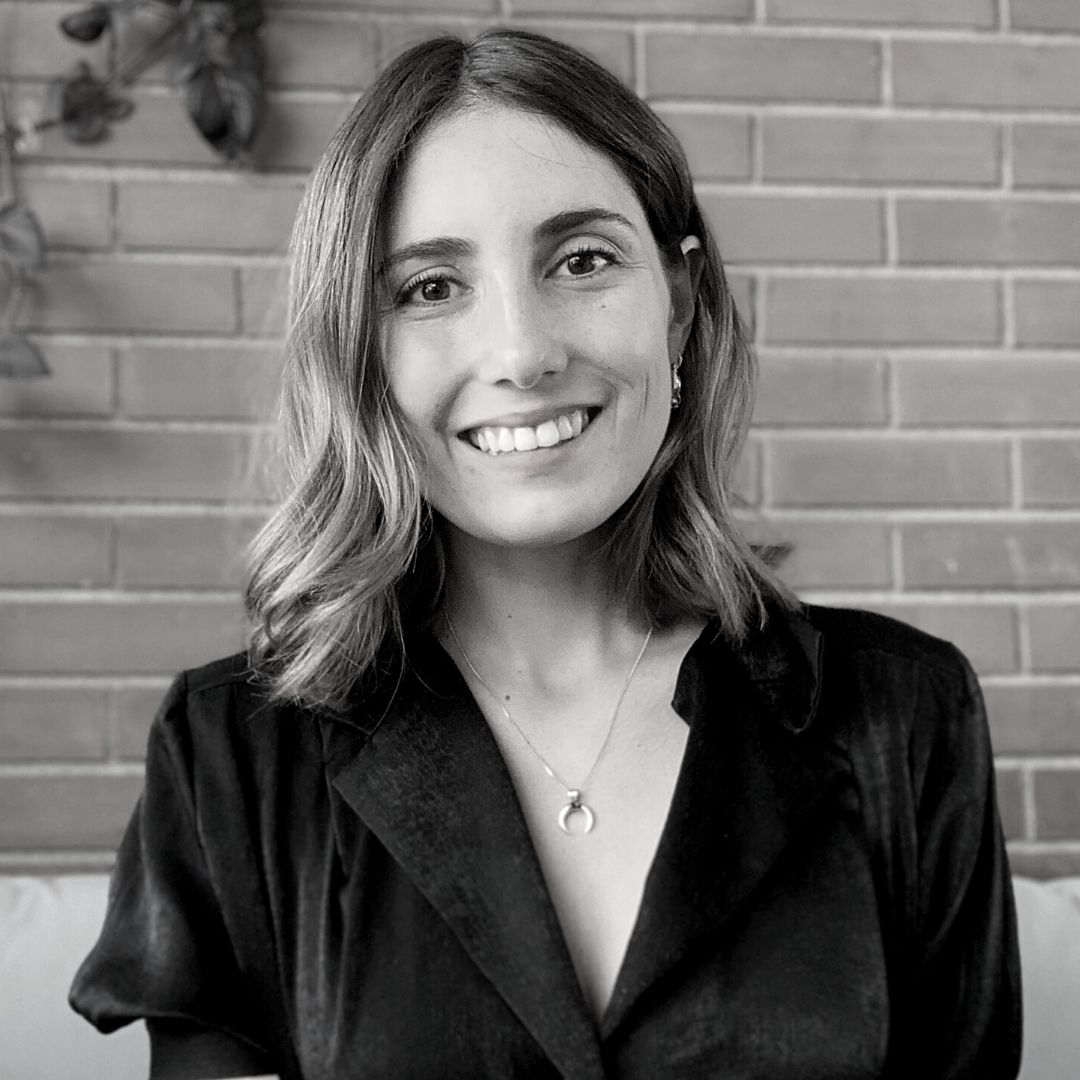 Journalist. She studied at the Catholic University of Chile and did a master’s degree in journalism and documentary film at Columbia University. Telling stories is how she likes to know the world and has done so as a television reporter, digital media editor, podcast producer and documentary filmmaker. She is crazy about plants and her dog Julio. 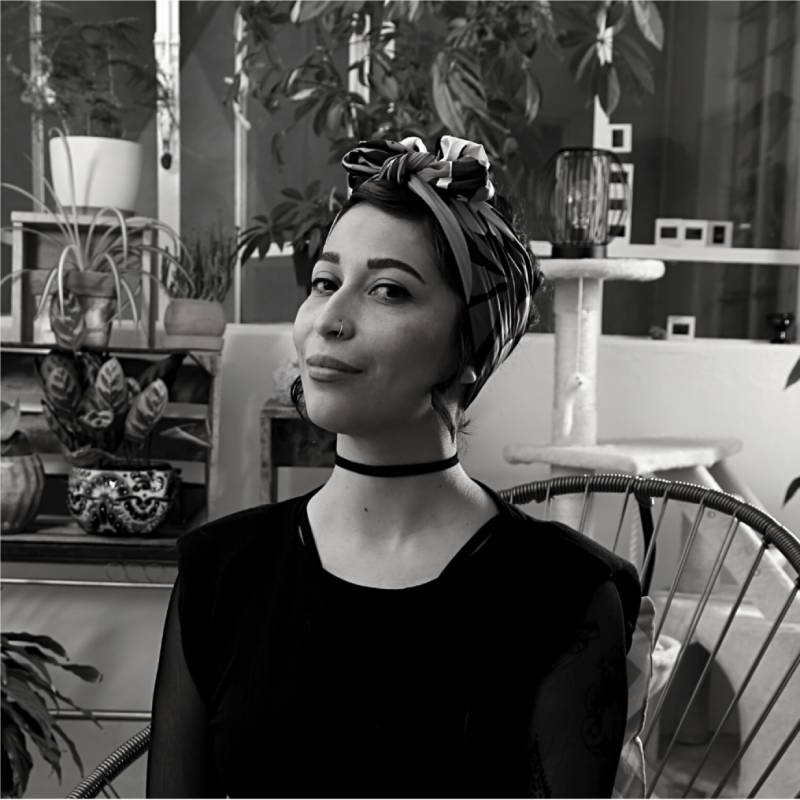 Human. Born in Mexico. For over a decade, she has been listening to audiences and creating new formats and ways of communicating. She studied Literature and believes journalism is a job meant for people who work passionately. She’s a fan of salsa, cats and plants. ASD caregiver. Before joining El Hilo she was an Engagement Producer at Al Jazeera. 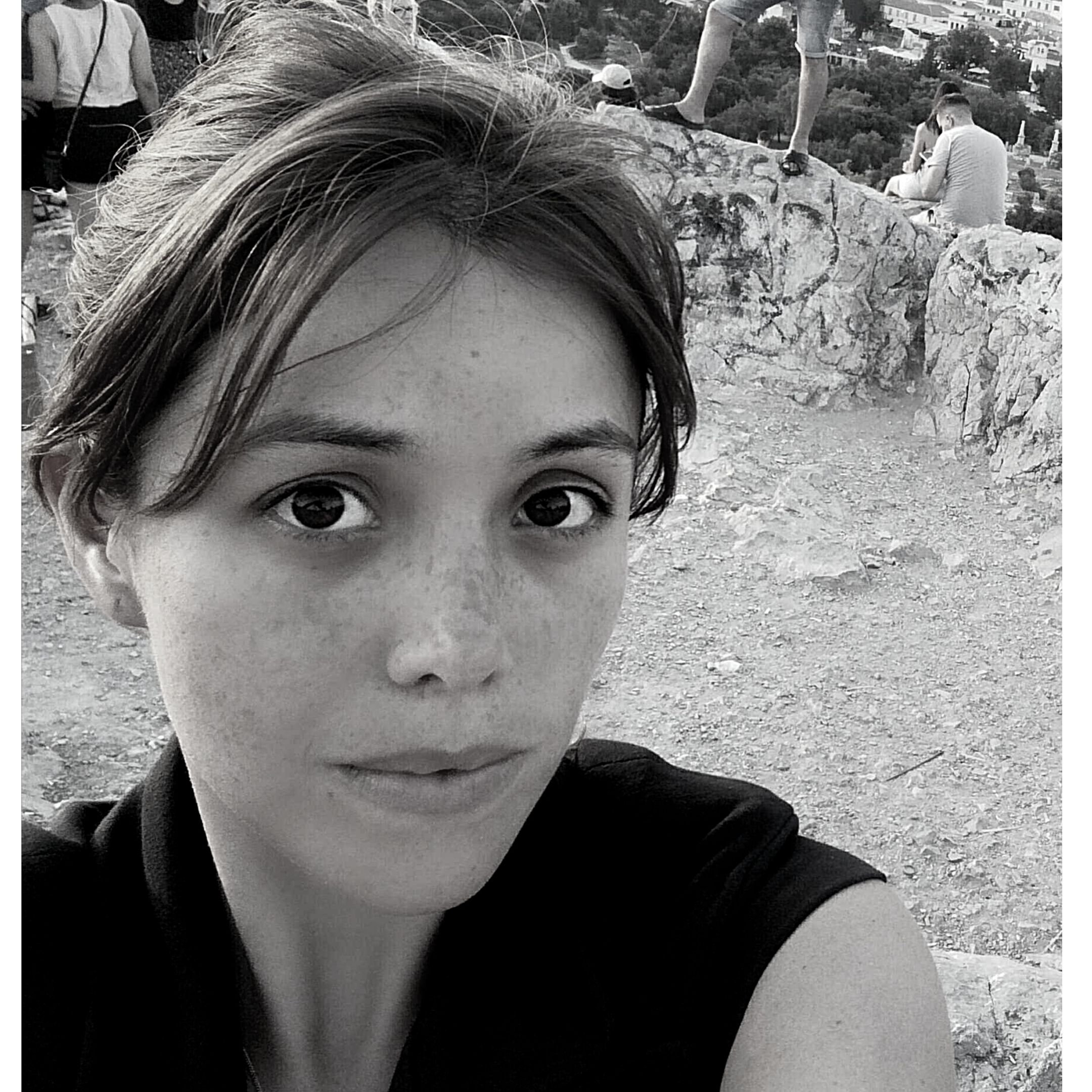 Mariana is a journalist and lives in Caracas, Venezuela. She studied journalism in Paris and has covered migration, human rights and economy. She has four dogs. 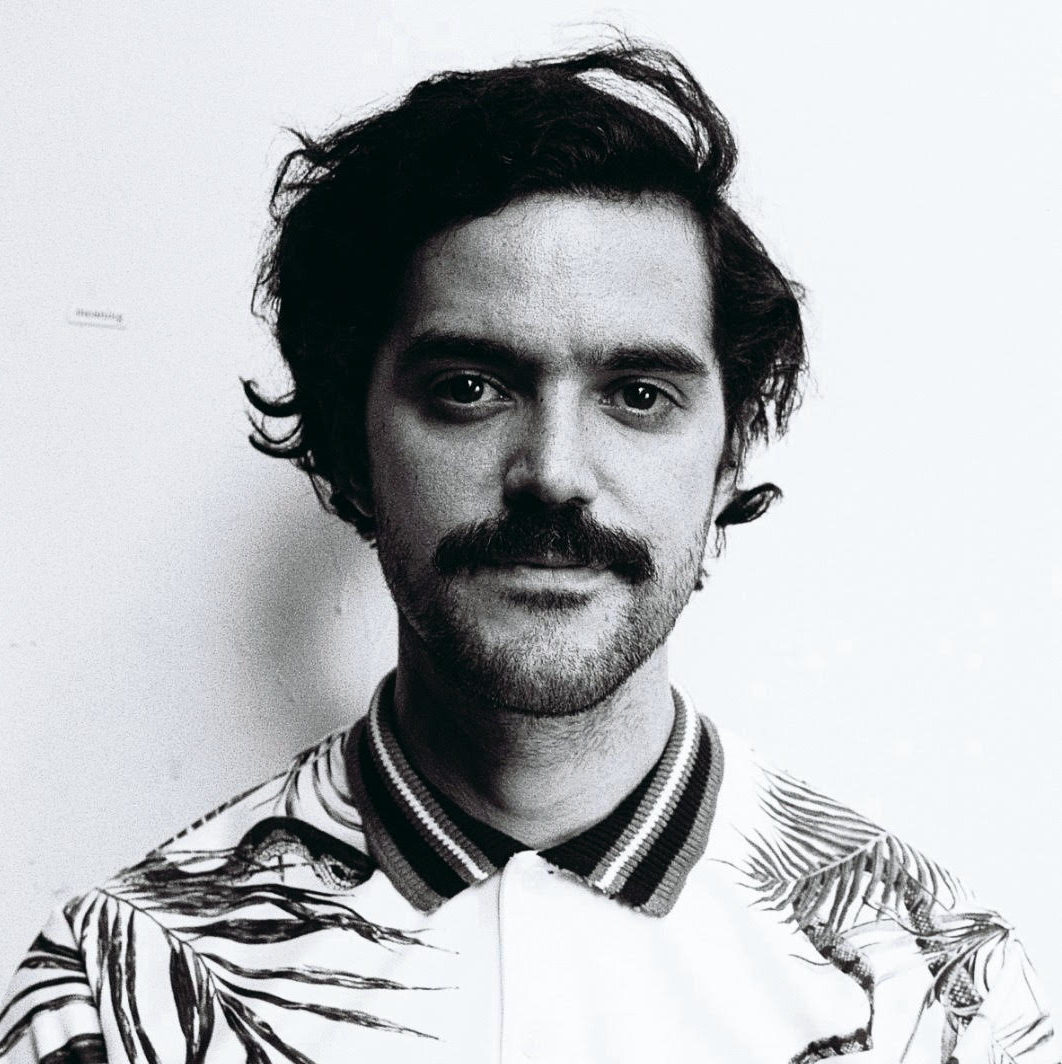 He was born in Caracas in 1987 and grew up between the capital and the mountains of the Venezuelan Andes. He’s a polyglot with a passion for music and instruments. He studied Sound Engineering in Hamburg and Philology in Berlin, where he’s been living for seven years.

How did Radio Ambulante get started?

It’s a long story. But an entertaining one. We tell it in this episode.

How can I support Radio Ambulante?

Radio Ambulante is a non-profit organization and in part, it’s sustainable thanks to the donations of our listeners. For more information on how and where to donate, visit the donation part of our website here. However, if you’re unable to support us financially, you can also help us by reviewing us on iTunes or sharing the episodes you like with your friends and family.

I want to create my own podcast, do you organize workshops or have learning resources to get started?

Wanting to help others produce their own radio stories, we funded the Escuela Radio Ambulante, where we give you advice on how to make podcasts and other audio storytelling audio projects. It’s a free online tool meant to help journalists improve the quality of their audio content using innovative technological tools. Our online school is an open space of learning and collaboration that covers the principles of podcasting, from how to pitch a story to the basics of Hindenburg Pro, the software we use to edit our episodes.

I want to interview someone from Radio Ambulante, how can I reach you?

If you want to interview anyone on our team, please email [email protected] with more information about you and the news site where the interview will be posted. We read every email we get and we try to respond as promptly as we can.

How to listen to Radio Ambulante?

The best way to listen to our content is through one of the various applications for podcasts. You can find us on Apple Podcasts, Google Podcasts, or on NPR’s app: NPR One. If you’re in the United States, you can find us on Spotify. You can also play our episodes straight from this website, or directly from NPR’s. If you want to read more about podcasts and how to listen to them visit the “How to listen” portion of our website. Don’t know where to start? Here you can find 10 of our most popular episodes from our 8th season.

Can we rebroadcast your content on our radio station?

We have an exclusive distribution deal with NPR. Therefore, we’re not distributing our content with other stations right now. However, we are interested in doing this going forward, so if you’re interested please email us your information at  [email protected] so we can contact you in the future.

Do you have an internship program?

We have job openings frequently, either to work with us full time, internships for students or for illustrators. Please be on the lookout on our social media and our newsletter to find out when we post opportunities. We don’t accept unsolicited portfolios or resumes. If you have a story idea that you want to pitch, please visit “How to pitch a story”.

Besides the podcast, where else can I follow your work?

How to Pitch a Story

We’re always looking for Latin American stories that surprise and excite us. When you send us a pitch, the most important thing is that it be very specific: who are you planning to interview? What story are you going to tell? What is the regional context that makes your story interesting beyond the local aspect of it? Above anything, it has to be entertaining.

Don’t forget to highlight your journalistic experience (either in radio or print), and tell us what equipment you’ll be using to record. We accept audio in the following formats: .wav or .aiff (not mp3), and shot on 44.1 khz with 16-bit sampling.

Please don’t send any NGO profiles or vague pitches (ex. “I want to interview my grandfather”) and no advertisement requests. We can take up to a month to answer, but we read and consider all the pitches that we receive.

If you want to pitch a story, or you have any other questions for producers, email [email protected]