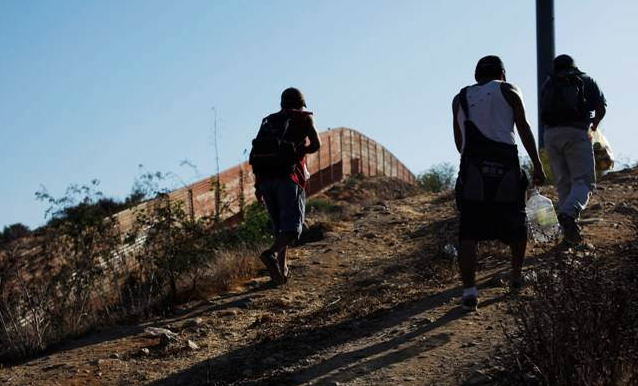 The world has recently turned its attention to Honduras because of its multiple crises. The world wants to understand why children and young people are leaving Honduras. Why risk so much to migrate to the United States? Carlos has many answers to this, in fact he is one of those answers. This is the story of Carlos, “the good coyote,” who dedicates himself to bringing undocumented Hondurans to the United States after being one of those migrants himself.

His name is not Carlos, we only call him this because of the clandestine nature of his work. He started working at 17, and by this point he may have brought over a thousand people to the US. To many his job is a major crime, but he and his clients see it as an important service for the people who live in countries like Honduras. “God approves of what I do,” says the coyote; reuniting families and helping many people escape violence is, to him, a benefit to society. 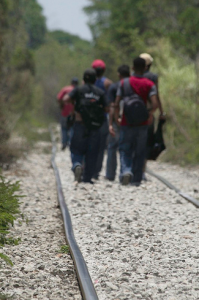 Since October 2013 there have been 13,282 Honduran children detained in the United States while trying to migrate north without papers. President Barack Obama called this a “humanitarian crisis” and asked the Congress for $3.7 million to alleviate it. But Carlos refers to the situation as a gold mine in the midst of exploding, with many people getting rich. For Carlos, trafficking undocumented immigrants, especially children, is the best business ever invented, and it won’t stop overnight.

Interviewing this person was a challenge, from convincing him and waiting for him to make a  decision, to hoping he didn’t cancel at the last minute. But he likes to talk, and knows how to describe his work, and the risks and mafia connections behind it. The route migrants take is filled with danger as it’s often the same path drugs are smuggled on, and the “bosses” know it well.

The reality of poverty and violence in countries like Honduras can often be resolved with $7,000; this is what our coyote charges to take one person to the north. Kids pay $5,000. Carlos understands migration from several perspectives. Although he is now in the business, once he too was a migrant child. At age 16, Carlos made the desperate decision to leave. He didn’t see much future in Honduras. This man is full of surprises, and in ten minutes he is telling you things you may never have wanted to know, and can show you evidence, photographs, and documents without fear, because he has people protecting him, those people who get rich from the gold mine.

-In the United States I met a boy from Honduras who was the brother of the boss and has a lot of money. He explained to me how everything worked. The goal was to drive from Houston to New Laredo, there he was going to pick up undocumented migrants and take them to San Antonio, Texas. At that time he transported 45 people daily and earned $200 for each one. When could he ever earn that in Honduras?

Carlos describes it as a big waterfall that some years decreases and some years increases, and when the pressure is at its peak is when you have to take advantage of it. Right now it’s the big waterfall. This is what he thinks about as a “good coyote”, but he keeps in mind the cartels, drug traffickers, mafias, and consular kidnapping groups on the border. Migrants are a good business.

Carlos’s phone vibrated every five minutes during the interview; according to him his clients say he does a great job. Carlos believes in the American dream, and in some ways he has achieved it. That’s what he says to his clients, who are so desperate to escape that they put their lives in the hands of this man, a man they are obliged to trust. The same way Carlos trusted us and we trusted him. 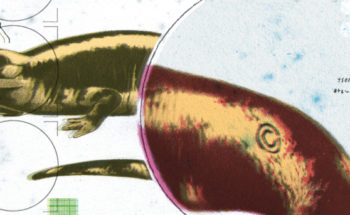 Sharing is not a Crime

In the internet age, getting, downloading, and sharing pictures, information,

Two children find themselves in a country they don’t know,