Daniel Alarcón: Before we start, I want to thank two foundations whose support has been fundamental: the Sara & Evan Williams foundation and the Panta Rhea foundation.

And our sponsor, MailChimp. Over 7 million people and businesses worldwide use Mailchimp to send emails and newsletters. Radio Ambulante is one of them, by the way. To learn more visit mailchimp.com. Here’s the episode.

Carlos: From Corinto to the capital of Guatemala…from Guatemala to Tecunuman, in Tecunuman you rest. Then you hop over to Mexico. That is where the game starts. Chiapas. From Chiapas…

Daniel Alarcón: This is Carlos, or well, let’s call him Carlos. And this journey he describes is his work route.

Carlos: And Monterrey, the border. Then the other part of the game starts. The US border…waiting for your trip and your turn. Patiently until the moment comes.

Daniel Alarcón: We were interested in his testimony, for a simple reason. In the U.S., Latin American migration is talked about a lot, but you don’t hear much about the guide, the person known as the coyote. A person who makes a living by taking immigrants across the Mexican border. Men like Carlos, who in this case works the route from Honduras to Arizona.

For this episode, we’re trying a new narrative style, a style we haven’t used before at Radio Ambulante. You’ll hear only one voice on this podcast, the coyote’s. This is his testimony. In Honduras, Carlos spoke to journalists Iolany Pérez and Jennifer Avila.

Carlos: I started in this business approximately 15 years ago. I was a migrant. I traveled to the U.S. undocumented. When I make the decision of going as an illegal, I was studying. I left in an innocent way with friends, looking for the American dream.

I was motivated by the high level of criminality there is in my country, obviously, this has been around for a while.

I get to the U.S. and I stay for more than 10 years. Working honestly for a while then, well, as we say, as a coyote.

The opportunity came up through some friends, who already did this. They tell me if I want  to bring people to the border in a truck. Innocently, I take that truck and I get to the shore of the Rio Bravo to bring people. From Houston to Laredo, Texas; from Laredo, Texas to Houston. That was how I started getting involved little by little in this, the only thing is that now I do it from Central America to Houston. But that’s how I got my start.

Well, it’s risky, it’s a coin toss, and one doesn’t know what’s going to happen…there are good moments and there are ugly ones. Moments when you’re stopped by a sheriff, you have to crash that truck and run away because they don’t want the undocumented people, they want the driver. They stop and they take the people away. People that have been deported and well, we have to take them again…and a lot of people don’t make it…

The same authorities supposedly follow you because you are a coyote but the reality of things is that they receive a piece of the cake too…you have to bribe the police, federals, immigration officers, even a big cartel who also wants their share. This is a lucrative business. It’s become lucrative on both sides.

In this job, you make your own resume. You forge your own destiny. If you are a bad coyote and you make people go hungry…keep them from sleeping, hanging off a train, walking days and nights, things coyotes do, a lot of coyotes do that…you’re going to be recommended less…because they have to pay the amount you tell them to, but you guarantee them safety and well-being…

You have money left. I feel it’s worth the risk. I can tell you that undocumented people die daily. Daily. It’s not one, it’s millions of people.

At least in my experience, yes they’ve caught some of my people, but thank God I’ve never had people die…not yet, and I hope that never happens to me…because it’s happened in a lot of cases, right?

At the hand of ruthless people who are coyotes, who get to Tapachula, rent a trailer, you’re put in a trailer, 40, 50, 60… that’s not important to them…and they stop at the border. They don’t know what happens in that trailer…But always look at it from the human side. Treat your people well, so that something like that doesn’t happen to you.

You have to put more of your heart into it…it’s not the same to tell them you’re going on a bus, in a truck, to being taken for 15, 17 days hanging off a train…that’s why you charge what you charge. For your safety.

This business is a mine at the peak of its exploitation. The train is the immigrant’s last resource…because it’s the real immigrant who doesn’t have a single peso left to pay for it. Then he has to hang from the beast, putting up with cold weather, sun, hunger, sleep…

Running the risk of cutting your foot, falling off a train, getting dehydrated, dying from the cold, dying from the hot. Because it’s the last resource there is…the real undocumented person…the beast, the train, from one border to the other border.

After you’re done with a job, a trip, the feeling that you made good friends stays with you…because you’re traveling with them and you start feeling for them, they are looking for the American dream, they start trusting you, you’re making money and it feels good…

What there was was an avalanche of young people, kids running away from our countries. We could tell you it was a wonderful time. You got the Central American kids, made them cross the Rio Bravo and they were caught by immigration. Immigration has to give you a document, a permit that still exists…that law has always existed because you are a minor.

It’s less money but it’s guaranteed money because the parent wants you to hand the kid off to immigration…so it’s a safe bet. Now, ask me, what do the governments in our countries do  about that? Nothing. That’s the problem there is at the border…a large amount of kids running away from here.

According to the authorities in our countries, we are delinquents…everybody who is a coyote…it’s considered bad in the eyes of people but not in the eyes of God. Many times we also help undocumented people. It’s all up to how morbidly you look at it…if you want to look at it morbidly or if you want to look at the humanitarian side…there are a lot of coyotes that have helped a lot of people…there’s a lot of people who have made it with big families when one or both parents are working outside of our country…and you know it’s something you can’t do here…have a child graduate, send him to college, buy a home…thanks to a coyote they made it…

You think the gringos are just going to block that border? They are not going to block it, man…They can’t stop it, it’s impossible for them to stop it…if they block it, we dig a hole and take them underground…but we have to get there.

Daniel Alarcón: Carlos was interviewed by Iolany Pérez and Jennifer Ávila, both Honduran journalists. The editing, mix and sound design are by Camila Segura with the help of Martina Castro.

Radio Ambulante tells story from Latin America. To listen to more visit our webpage at www.radioambulante.org. I’m Daniel Alarcon, thanks for listening. 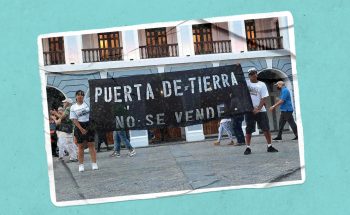 Pushed Out by Tourism [Extra Episode]

When your community is devoured by tourism. The boom in foreign 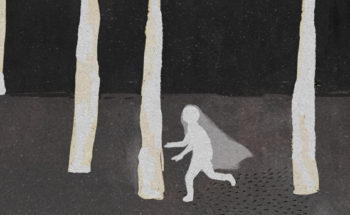 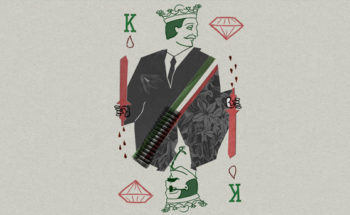 It was the State

Since 2000, more than a hundred journalists have been killed