Daniel Alarcón: I’m Daniel Alarcón, executive producer at Radio Ambulante. Before we begin, I want to thank two foundations for their essential support: The Sara & Evan Williams Foundation and the Panta Rhea foundation.

Thanks also to our sponsor, MailChimp. Over 7 million people and businesses worldwide use MailChimp to send emails and newsletters. Radio Ambulante, by the way, is one of them. To learn more, visit mailchimp.com.

And Squarespace. Start building your website today at Squarespace.com. It’s an intuitive platform that is easy to use. You can be like me, completely useless in all this related to technology, and still get it right.  Modern templates that look just as good on mobile screens or on a computer.

Use the code ambulante at check out to get 10% off. Squarespace –Your new website awaits.

Daniel Alarcón: This is Maria Clara Ramos, and the story she is going to tell us is rough, it’s violent. It happened several years ago in Medellín, Colombia. And to better understand what happened, and to understand how Maria Clara reacted, we have to keep two details in mind. First: she’s a psychologist. Professionally she is dedicated to understanding why human beings are the way they are. Why they do what they do. Second, Maria Clara lives, like a lot of people, in a very violent society.

Well and maybe you, like her, have asked yourselves what would you do if someone attacked you. If someone tried to hurt you. Or rape you.

Maria Clara, for years, had prepared herself, mentally. She had asked herself what she would do in that situation. Until it was her turn.

Maria Clara Ramos: He told me to throw myself on the floor, and he insulted me, he was saying all kinds of vulgarities. I’d been thinking for years that if someone one day was going to rape me, I was going to react just as I did. And I don’t understand how I did it, but I did it.

Daniel Alarcón: Welcome to Radio Ambulante, I’m Daniel Alarcón. Today, The Plan. And the question is this: How would you react if your worst nightmare comes true? A warning to our listeners: this story contains a lot of violence.

Maria Clara herself tells us what happened.

Maria Clara Ramos: I’d been to work and I was invited to a cocktail reception for some park or some museum that was new in Medellín, and when I left, like at 9 pm, I took a cab.

The driver asked me where I was going and I was going to a hotel in Medellín, but really when you don’t know the city, you don’t know where the driver should go to reach one’s destination. So the first thing he asked was what route to take and I said, “Well, I don’t know.” And he took a highway.

I was a little distracted, having a conversation with him and sometimes looking out the window when suddenly he, in a very dark place, stops, yanks my purse and puts a knife to my neck.

What you usually think is that they’re going to take you around the city, when one talks about “pasesos millonarios” (“millionaire trips”) which is what they are called here, you think you’ll be taken to every ATM and withdraw all the money from your cards, but you’re the one who gets out of the car and the guy escorts you to the ATM and you start withdrawing money and handing it to them and that’s it, you’re dropped off some place and it’s over. But he didn’t take me to an ATM, he kept asking me for the passwords to my cards.

I saw he was very nervous so I chose to kind of calm him down. I started to talk to him about other things, asking him if he had kids and if so cool, and yes, to take my money but to please leave me some so I could get back to the hotel and to leave me my ID and my driver’s license.

Suddenly I started to feel less and less traffic and that’s when I realized we were on a highway to some rural place.

And when he suddenly stopped, I told him, “OK, can I get out now?” And so he told me, “No because I have to cover your eyes.” And he tried to take of my blouse to cover my eyes. And I told him, “No, easy, I’ll take off my blouse and I’ll cover them myself.” And that’s what I did, I took it off and I covered my eyes. And I was suddenly shoved, I don’t know if I was on the trunk or the hood, and he was on top of me.

I’m a psychologist. The analysis one makes about this type of person is that they are as scared as you are, and if you allow panic to overcome you, they can do something stupid. I mean, he had a knife.

You hear that they, let’s say, that what excites them the most is seeing that resistance from the woman they are raping, right?

My idea then was to calm him down, not that I was calm, I was terrified, but I had to fake a certain calmness to convey to him calmness.

Once he was on top of me trying to kiss me I said to him, “Hey, there’s something I have to tell you”, and I told him, “I have AIDS…” And he says, “There’s no AIDS.” And I told him, “Oh, you don’t believe me? Oh baby, it’s been so long since I’ve done anything because I can’t with AIDS” and then I became the rapist. I threw myself on him, I kissed him, I hugged him, as if I was totally turned on and he got so scared he threw me in a ditch, got in the car and left.

I saw the city very far away, I was on a hill and I saw a small house in the middle of a hill and down above the highway I saw another light, and I went directly to that light that was in the highway and I realized it was a factory. And I said” “Please, I just got mugged, please help me.” The man opened the little window, said “Wait a minute”, closed the window, opened the door, pulled me in by the arm, shut the door, locked the door three times, and that’s when I told him, I can’t anymore. I knelt down and started yelling for him to please not do anything to me. He pulled me up, shook me, and told me nothing was going to happen there. I asked him to call the police but he could never get through to the police. He kept telling me over and over that they knew about this taxi drive. He was taking women there and raping them every week. That two weeks ago he had raped a 50 year old woman that…he would tell me these stories but he would tell me he couldn’t get through to the police.

If I analyze it now I think that the people at the factory were this driver’s accomplices. What did he mean that he couldn’t get through to the police? How did they not pick up at the police station?

The next day I went to file a police report and a woman cop at a police station in Medellín was helping me out. So every time I would tell her details she would say, “No! You did that?” And I said, “Yes, I did that.” And she said, “That’s ballsy.” And she kept writing. And so I would tell her, “No, so the guy was going to take my blouse off and I told him I would take it off and I would put it on”, and she would go, “No! You did that?” The cop herself was terrified.

I couldn’t get in a cab for like two years. I had to do it sometimes but I’d die, panicking. Like, they’d stop a bit to get over a traffic bump or because there was a pothole, I was ready to throw myself out the door, I mean, I was very traumatized, very scared.

But, well, I am also very proud of having saved myself from rape.

Daniel Alarcón: Maria Clara Ramos was interviewed in Bogotá by Carolina Guerrero, Radio Ambulante’s Executive Director. This story was edited and produced by Caro Rolando, and mixed by Martina Castro.

Thanks again to our sponsor, Squarespace. The best platform to build a perfect website. You can start today, using the code ambulante. Visit them squarespace.com. 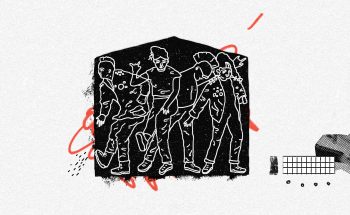 In the early 90’s in Cuba, people didn’t know much 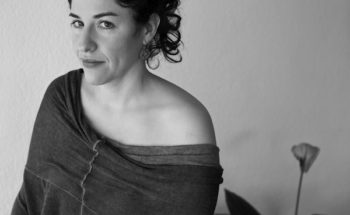 Mexican author Guadalupe Nettel reads an excerpt from her novel 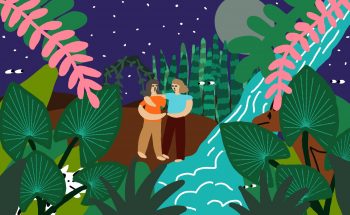 A few missteps and everything goes to hell. Claudia and Mónica