It began with a bid for the presidency from yet another Republican candidate that will never be elected. I’m referring to Donald Trump in this instance, though you may have assumed otherwise. There are more and more options to choose from these days. However, this particular candidate has stood out from the rest for comments made during the announcement of his campaign. It was the beginning of the end.

Donald Trump has unraveled in the last few weeks because of those disparaging comments made against Mexicans and their Mexican-American counterparts. It began as a farce, the kind of here-we-go again moment that comes and goes in a wave of outrage. Mexicans, a term that has been used as a metonym for Latin American immigrants in this country, were the target of Trump’s vitriol. It’s the kind of statement that negates so much of what is happening in the region. It calls attention to the border, when in reality, there are often migrants fleeing systemic violence in Central America and beyond. Visibility is important. These are not just Mexicans. This group is composed of Hondurans, Salvadorans, Guatemalans, and since last year, children.

Nevertheless, the most offensive comment by Trump referred to Mexican immigrants as rapists and criminals. This is  myth. It has the feasibility of any other stereotype, magnified according to the circumstances in which it is invoked, but inaccurate nonetheless. Trump most likely thought nothing of these comments. The initial outrage was innocuous enough. Media outlets that focused on Latino issues reported the story, with Latino Rebels once again taking the lead. It wasn’t yet a national issue because, in general, famous people, including politicians, can say awful things about minorities in this country without ever suffering consequences. It only happens sometimes that this kind of hatred is confronted to scale, i.e. Donald Sterling losing an NBA franchise.

Again, I don’t think Trump thought it was his turn. You have Latinos crying foul through social media and the Internet—what’s the worst that could happen? The logic being that as a pseudo-candidate, he isn’t meant to be taken seriously. Over the years, he has never been a figure to be taken seriously. His caricature is a purposeful way of ensuring that any criticism would not linger for too long. After all, he could hide behind the fact that he is a successful businessman. He can’t be that dumb with all that money, right? It’s a bizarre concoction of signifiers that dictates our opinion of him. We’ve always known that. So maybe running for president was a business move. Either way, it continues to backfire.

After the comments were made, an artist in Mexico named Javier Ramírez immediately designed a piñata in effigy of Trump and for a moment, it feels like we are back on track, ridiculing a man who not only understands his place in pop culture, but relishes the opportunity to manipulate it for personal gain. Anyway, for a small, yet reasonable fee, you can now bash his head in, though nothing comes out at the end. Sorry kids.

Prior experience tells us that the story would eventually lose momentum. Trump’s insensitive remarks would fade from the collective memory until the much-anticipated Republican primary debates or an interview with Jorge Ramos. But that wasn’t the case. Something happened that completely altered the narrative and its assumed trajectory: Univision decided to drop the Miss USA Beauty Pageant and cut ties permanently. Suddenly, this became a cause: a hashtag called #dumptrump. Maybe it wasn’t immediately obvious what was happening, but Univision had set off a chain of events. Trump bans Univision employees from his Miami golf course as a response. He threatens to sue and eventually files a lawsuit. These are the typical petty responses we’ve come to expect from him. He even released Jorge Ramos’ personal phone number to the public. It’s as if he had decided to stay in character, stick to the script if you will, but that’s not what is happening here.

Mexico decided to boycott the Miss Universe pageant. Several performers including J Balvin and Natalia La Rosa have cancelled their scheduled performances. Roselyn Sánchez and Cristián de la Fuente will not be hosting the Miss USA Pageant. Co-hosts Cheryl Burke and Thomas Roberts have also dropped out. The Ricky Martin Foundation announced it would be withdrawing from an upcoming golf tournament fundraiser in Puerto Rico. The list of sponsors withdrawing support continues to grow and Trump’s version of damage control is to continue amending his words through awkward press conferences and issuing nonsensical statements in his defense. Remember, Univision apologized.

The lovely thing about this story is the way Trump’s initial remarks can be recognized as an omen for the kind of thinking that is no longer intellectually, nor economically feasible in this country. We’re phasing that shit out starting with him. That’s why NBC dropped Trump (hard to ignore a viral petition). I don’t care about the back and forth, who did what. Even as a business decision, it still constitutes progress. The Miss USA and Miss Universe Pageants had already seen a steep decline in viewership over the years and without its core audience of Latinos, they are both irrelevant. Carlos Slim, one of the richest men in the world, and who happens to be Mexican, announced that he won’t ever do business with Donald Trump. Their interests became conflicted as soon as The Miss USA and Miss Universe pageants became worthless. And now, there is a petition asking for New York City to cancel its contract with Donald Trump for a golf course in the Bronx that is maintained through taxpayers. It is a region of the city with one of the largest Mexican populations on the East Coast.

The petition acknowledges that their demands are just a “pipe dream.” But just a few days ago, many of us could not imagine how much damage the Latino community would do to Trump in such a short amount of time. Not to mention, it wasn’t even that hard to be honest. He’s lost his media platform, some of his business interests, and will most likely lose out on future business deals. This controversy also constitutes an informal end to his presidential campaign. You can’t run for president without the Latino vote while being blacklisted by the media. What more can we possibly take away from this man? I don’t know, let’s find out.

So why should this be considered such a defining moment for the Latino population in this country? Why are media outlets like the Washington Post singing our praises as a community? The power of the Latino vote and the Latino economy have both been abstract concepts for years. It is something that exists at its peak during election cycles. It is interpreted through statistics. It is something that has been acknowledged, but whose power has never been exercised with such sustained precision. We now derive some of that power from the #blacklivesmatter movement. With a clear focus and well-defined aesthetic, they’ve demonstrated that every instance of violence and murder against black lives in this country will be subject to the same form of protest and scrutiny. Latinos can do the same. We are not going to tolerate this violence anymore. No matter which side of the political aisle is generating such violence.

Trump is a figure that inspires polarization. With faux-political aspirations and an economic footprint in this country via pop culture and real estate, his assets were vulnerable. He just had to set things in motion. But not everyone that has a negative opinion of the Latino community will be such an easy target. They may speak in coded language or unlike Trump, have dignity. This moment is an opportunity to put those people on notice. If you have something to say about the Latino community, we’re going to hear about it. We’re going to read between the lines and the respond appropriately. Cool? 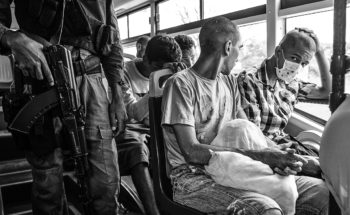 The Final Days of Franklin Masacre

As in other prisons in the country, inmates ruled the 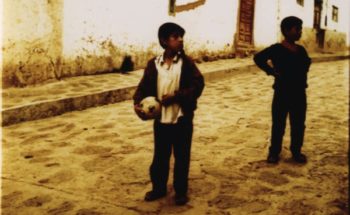 There are 16 days until the World Cup begins in

Doctor: Is This Normal? Part 1

In Medellín, as in many places in Latin América, female