Where no one else goes

Bateyes, conflict at the border

Bateyes, conflict at the border

Almost a year ago we launched the episode The sentence by our producer Luis Trelles. This episode tells the story of Juliana, a woman born in a sugar company town called Los Jovillos, in the municipality of Yamasá, not far from Santo Domingo. Juliana Deguis Pierre, her full name, became a media icon, representing the struggle of Dominicans of Haitian descent and the Haitian community living in the Dominican Republic.

Los Jovillos is one of many company towns found throughout the Dominican Republic, most near the border with Haiti or in the countryside. These company towns formed around the sugar mills for the sugar cane workers, mostly Haitians, to live in during the harvest season. They would spend long hours working in the hot Caribbean sun, received very low wages and lived in conditions of extreme poverty.

Laborers were hired and brought by Dominican companies from Haiti to the Dominican Republic beginning in 1918 to work in the sugar fields. “They needed cheap labor, which was Haitian labor… and this continued on into the 1980’s,” says Dominican sociologist Dr. Franc Baez Evertsz in the documentary The Challenge of Coexistence (El desafío de la convivencia). Most of these workers, although hired and brought over by Dominican sugar companies, were in the country without the documents they needed to be there legally, what was called an “irregular” status.

Many of these mills went into decline over time and are no longer in operation. “The managers left but the people stayed there, in a kind of limbo. But these were people who were brought by the Dominican Government and the Dominican sugar cane companies. They didn’t come voluntarily. They brought them, hired them and then the people continued to live there. But the huge sugar cane trade is over, and the people are still there, unprotected, and without rights,” explains Magali Millan, Coordinator of the Committee in Solidarity with the People of Haiti.

The thing is that the workers who settled in these company towns built communities, and it was here that they had their children, and their children had their children. And so, the cycle of life continues. Many Dominicans of Haitian descent, as is the case of Juliana, have no ties to Haiti, they don’t know anyone there and don’t speak Creole. They live in their bateyes in extreme poverty.

“The batey community is not only Haitian or Dominican-Haitian, but poor Dominicans live in them too. People live and share the poverty of what living in a batey is. Some bateyes do not have electricity, or if they do it’s limited to a few hours. Many have no drinking water and have to carry water from communal fountains … There you see a lot of poverty, great dignity, great solidarity. You also perceive a lot of fear, fear of getting harmed or been taken away to Haiti. Fear is evident in the environment,” describes Hilda Guerrero from the Committee for the Defense of the Dominican-Haitian Children, from her experience in various bateyes of the country, especially in Barahona, near the border.

To listen to the Juliana Deguis Pierre’s story click here. 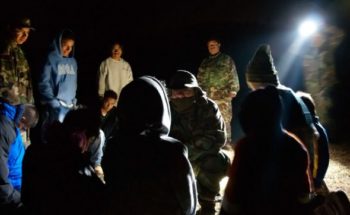 The town of El Alberto in Hidalgo, Mexico, has only 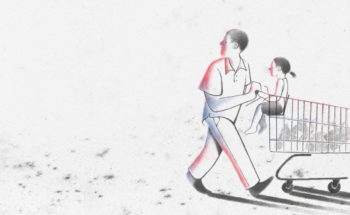 Elena and Efraín had a quiet life in LaBelle, a