Peace-co: Is there a way forward for Chile and Peru in the battle for Pisco? 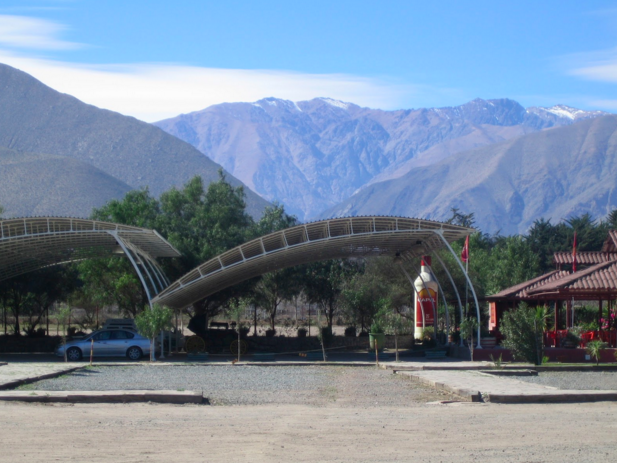 Peace-co: Is there a way forward for Chile and Peru in the battle for Pisco?

The other day, I put out a call on Facebook, asking my friends for their opinion on a most controversial matter – is pisco Peruvian or Chilean? For centuries, the two South American countries have been fighting over the origins of the brandy-like distilled wine, that is quickly gaining popularity in Europe and North America.

As soon as I posted the question, I braced myself for a heated debate, expecting sentiments of indignation to far outweigh the number of clicked “likes” on my wall.

I had reason to believe so. From 2005-2006, I studied in Santiago de Chile, where — over the course of innumerable pisco sours — I was indoctrinated about the origins of the “national drink.”

I was even coerced into traveling to the town Pisco Elqui — its alleged birthplace — where I would tour a distillery and believe every factoid they told me about pisco.

But a few months into my year abroad, I visited Cuzco, where I was immediately instructed to “unlearn” every ounce of history that had I had absorbed into my liver.

“Pisco is Peruvian,” every waiter would announce as they served me perfectly frothy pisco sours. “Chileans just take credit for it.” In fact – many cuzqueños would point out – Peru also has a city named Pisco. And it’s older than the Chilean town with the same name. So there.

So when I beckoned my Facebook friends to comment on the origins of pisco, I was expecting a virtual battleground.

The first few lines of my friend Sonia’s response corroborated my theory. The daughter of a Peruvian and a Chilean, her post began with a dramatic “Ay, Caro…IT’S PERUVIAN! My parents got divorced precisely due to this controversy.”

But as she elaborated her thoughts, it became evident that Sonia knew the importance that the drink has in both places. She noted that it’s consumed during different occasions, depending on  socio-cultural settings in Peru, but that it is also very well marketed by Chileans.

My friend Andrés, a chef who lived in Chile for many years, wrote: “Pisco originated in Peru, so technically, it’s Peruvian. However, it is far more a part of people’s day-to-day life in Chile, meaning it is as Chilean as a tomato-based pasta sauce is Italian. Tomatoes are originally from the Americas, but, without a doubt Italians have made tomatoes their own, too.”

And then there was my friend Alejandro, who simply wrote: “I don’t care. As long as we can drink it, it’s all good.”

In November 2013, the international community sided with Peru. The European Commission officially declared the Peruvian city of Pisco as the original birthplace of the drink, granting the country immediate market protection within the European Union. But this official recognition does not prevent Chile from continuing to refer to its home-produced beverage by its name, nor has it prevented the country from producing approximately 50 million litres of pisco, annually.

So why does the battle continue? Why does Chile continue to push for ‘ownership’ of pisco when, ultimately, they can still sell it on the global market, and continue to refer to it as they always have?

Because gastronomy and national pride are inextricably linked. Because food is how cultures pass down tradition, experience, and knowledge. Because your national dish or drink is usually one of the first things you mention when speaking about your country to someone else. And because — when we dare challenge our national, gastronomic narrative – we run the risk of being shunned by our co-patriots. My Chilean friend Nicolás’ reflection on Facebook pretty much sums up the sentiment:

“No matter how un-Chilean this may sound, Peruvian [pisco] is of much better quality. But I didn’t say that out loud.”

The fight for safe and legal abortions in Ecuador.  In Ecuador, 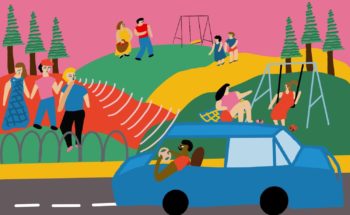 For Marco Avilés, moving from Lima, Peru to small-town Maine